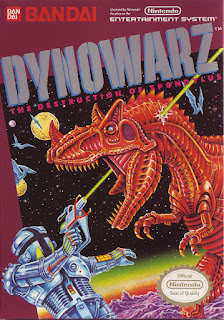 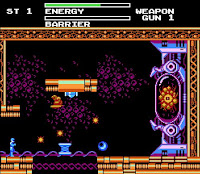 Dynowarz: Destruction of Spondylus is a game by Bandai for the NES from 1990. Back then I loved it. I haven't played it in 30 years, I don't know if I'd love it now. But I still think it's pretty awesome. You play as Professor Proteus and the Cyborasaurus. Levels swap between Proteus running and jumping and shooting and piloting Cyborasaurus. Who then runs, jumps, and shoots things. Cyborasaurus is a Robosaur and you'll spend his levels fighting other Robosaurs. If you're keeping score, that's a space dude driving a robot dinosaur fighting bad guys who also have robot dinosaurs. What's not to love? 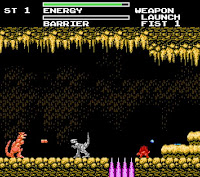 Unfortunately there's not much info on the game out there. It wasn't a big hit. Most sites that bother to talk about it are basic reference sites or much bigger sites than this making fun of a weird old game. Part of me wants to believe it was part of a bigger series or was planned to be. I tried looking up a Japanese or other versions just to see what else there was and... nothing. It just feels like it was bigger than it was, like there's more to it. Guess not. At least I can remember it fondly. 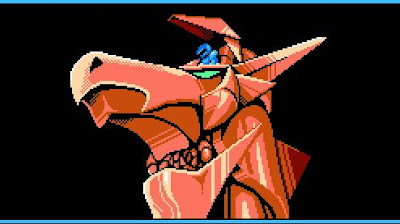