Warriors In The Stars 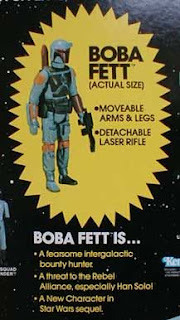 It's Christmas time, I'm sure you've noticed. Another thing you may have noticed is all The Mandalorian merchandise available while you've been Christmas shopping. Star Wars has been synonymous with Christmas my entire life, which is probably why I was so welcome to the Disney movies (aside from Solo) being a Christmas season thing. It just seemed natural for new Stormtroopers to raid Walmart just in time for seasonal shopping.

The Mandalorian now has two seasons under it's belt, both of which dropped just in time for all those cool toys to be on wish lists. After all these years of my wife tolerating my love for Star Wars, now she's enjoying it quite a bit herself. So I can't help but to indulge her with every Baby Yoda thing we can get.

I think one thing about the show I definitely love is the redemption of Boba Fett. Trying to avoid spoilers as much as possible here, but he's on the show. He's on the show and he's a badass. I won't go into too many story details or anything, because a few of you may not know more than seeing folks talk about him on social media. But he's alive and he's the Boba Fett we all wanted him to be in the original movies. 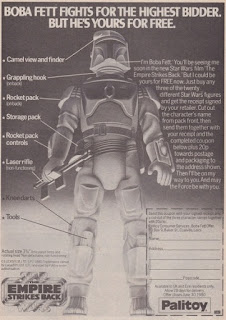 Like others my age, Boba Fett was always the biggest bad ass in the galaxy. This was 100% due to him looking cool and having the best action figure. In the movies he was awesome, but didn't live up to the fanfare dorks like me produced. The prequels built on that a bit with the introduction of his father, Jango.

The various cartoons did as well with other Mandalorians. Then The Mandalorian comes along with a hero in that familiar armor and he's the bad ass my old Kenner action figure was. Though the actual Boba didn't get to shine as much as we wanted. Until now, anyway. Now he's the character we all said he was thankfully.

There's always a contingent of self righteous nerds who'll crap on Boba and anything else that has the nerve to be popular. They'll still have a problem with him... and The Mandalorian. Magically, go figure. But for us who love the guy, we're happy to see him get his moment. Also the show, it's a good show that does the legacy proud.