Mekaneck Can See You Read This 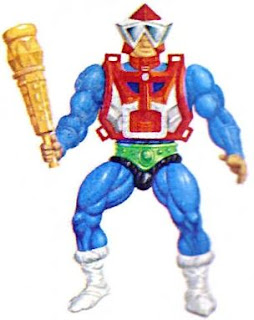 Mekaneck is one of the more fun Heroic Warriors that's generally well loved by fans. It's hard not too. He's this funky bionic dude who's a living periscope. If you ever need to understand the charm of He-Man, remember, robots and cyborgs are mixed in with all the swords and sorcery. It's weird and absurd, what's not to love? It doesn't hurt that he looks awesome.

In the cartoon, Mekaneck was given his bionic neck by Man-At-Arms (who must have needed a Man-At-Neck) after his normal one was badly injured. This injury occurred during a storm in which he also lost his son. Later he found his son held captive by Count Marzo.

Mekaneck also had issues with Count Marzo in the 2002 cartoon who takes advantage of our heroes insecurities. In that cartoon Mekaneck's bionic neck can seemingly stretch forever and bend all sorts of ways kinda like Plastic Man. He generally carries a big yellow club that I often used as the Cosmic Key when I was a kid. You'd think a guy who specializes in seeing things far away would be a sniper, but once again Eternia is a weird place.

On his original toy you twisted his waist to extend Mekanecks bionic neck. He's had a bunch of toys since then and they've often used snap in extension pieces for the neck. I'm really looking forward to his upcoming Mega Contrux figure. I don't know if it's just my general favoritism to him and the line, but it just seems perfect. He'll come with the Battle Ram set that also includes Tri-Klops who also seems like a perfect fit in the mini figure line. 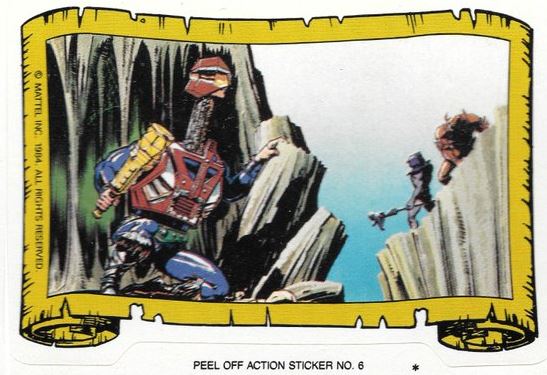