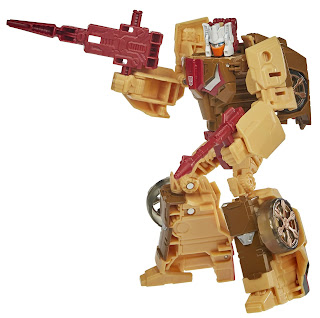 After a few weeks/months of rumors about the new Walmart exclusive Headmasters line, when it was previewed on the latest Fans First Friday, I was ecstatic. I've been a fan of the 'vintage' G1 reissue exclusive line at Walmart, but felt like it was coming to an end with Blaster.

While I understand these things don't last forever, it was the 'vintage' packaging I liked the most. These figures had been re-released multiple times before, but getting them in classic packaging on a Walmart shelf was a bit of a thrill for me. I generally don't have nostalgia for Transformers as I've been buying them through the lines life. But that did.

The replacement 'vintage' line is Titans Return figures in 'vintage' G1 packaging. The new Headmasters line is basically delivering on the nostalgia of the packaging with a newer mold. A happy middle ground for the concept. Considering Generations figures from the past years have been described as 'G1 with knees', it's a pretty good idea. Readers of the site know that I loved Titans Return, so obviously seeing the molds again is a welcome sight.

The figures aren't just straight reissues of the toys. Instead the new releases have G1 accurate decos and the show accurate heads used in the Takara releases. Needless to say, I think this is awesome.

I've always liked Chromedome. Getting this neat version of him will be a lot of fun. You can't always say shades of brown and red make for a good looking car, but it does. The robot mode is pretty sharp too. Nothing about it is really standout or new, but it just works. 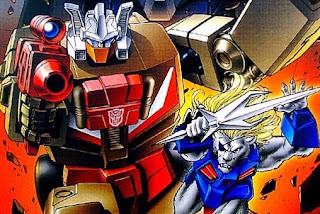