Won't You Take Me To Spooky Town

Summer is the prelude to Halloween, I keep saying that because it's true. The spooky shit starts creeping out throughout the summer months before hitting full force towards the end of August. One of the best of the early arrivals each year is Spooky Town by Lemax. You know, those cool little motorized towns at Michael's that pop up at Halloween? Usually the town pops up come August, but following At Homes lead last year, it was more mid-summer. Thank you Michael's, I really mean that. Lemax recently unveiled it's Spooky Town for 2020 and as usual it looks amazing. Admittedly I say that every year, but this year I mean it. I also say that every year. Shut up. 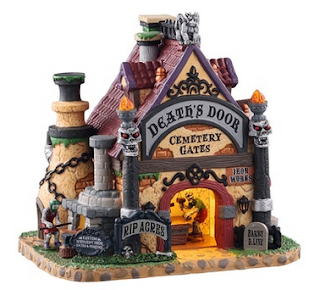 I'm not sure which one is my favorite yet. This year may have some strong competition as they all look pretty great. I always favor the smaller figures and I think I've already picked out my favorite of this years bunch. The Pumpkin Monster looks like a leftover from Monsters in my Pocket and I might just keep on of him in my pocket. Next to the chap-stick. The wife and I usually pick out a couple of the sets and it's going to be a in person type thing to do that. It's one thing seeing spooky shit online, it's another in person. I love the in person part. 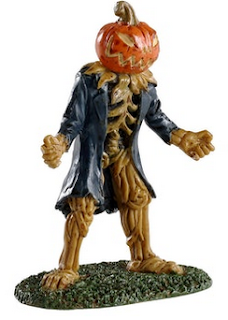