What Did I Do This Weekend? 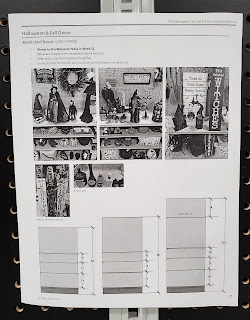 Remember when I did these weekend report posts for a little while there? Yeah, me too. We've been moving, so a whole lot of that actually. Well, that's not true, we moved last weekend. This weekend we went back and cleaned up the old place, and by clean I mean take all the trash that needed to be thrown away to the dumpster and spackle a few nail holes in the wall. We had cleaners come out today, because so damn tired. Next weekend we're going to do a last minute go overs before turning the keys back in and finally being done. Scored some of those new dill pickle Doritos and some 4th of July Mtn Dew while doing so. I love limited edition gas station snacks.

It's not all gross moving stuff though. We got our new living room furniture in Saturday and broke it in by door dashing some Red Robin for a celebratory meal. My old recliner is in my new man cave and now I have a nice new chair with a big ass ottoman as to not worry about cars underneath anymore. I totally feel asleep in it sometime Saturday night watching Jurassic Park 3. Now we just have to finish organizing and unpacking over the next couple of weeks. Moving sucks, but our new place sure doesn't.

Now onto the fun stuff. I used italics.

As summer sets in, some stores start stocking Halloween stuff in June. Usually it's the craft stores that start this early to supply people for upcoming projects. Last year the some of the decorative stuff started in June too, and I'm glad to say this has continued to this year. It really gives somebody like me a lifeline.

The dang site is a Halloween blog also and I should really address that more obviously. At Home stores are really the best about this as they pull out the good stuff and steadily bring out more all through summer. We judge by Instagram posts when stores start stocking and since others started we figures ours would have too.

However ours was a little behind, I guess the pandemic might have came into play a little. They did have the area cleared out and the black pegboard up with planograms taped up though. So stuff will be up soon and we'll be back next weekend to check it out... and probably every weekend for the next few months. Don't look at me like that.

Then stopped by Target to pick up  'The last of us 2' and while there I finally found an Earthrise Cliffjumper, Soundbarrier, and Smashdown. Still no new Micromasters sadly. Kind of wonder if those last ones from Siege will pop up at Ross type stores come Christmas. Hope so. I didn't find Smashdown in Siege, so it's nice to finally get the mold. Before we moved I got Ironworks and Wheeljack. I don't know what box they're in.

When I get myself more situated, I plan to do posts on all of them. Just uh... gimme a minute. Also, I need to find those two. Speaking of those two, I also got a Slimer from the Real Ghostbusters vintage line to post about too as well as a Venkman last weekend. The wife picked me up a Plasma series Stanz the day before we moved. I plan to post on him too.

While at Target I also scored the large Mechagodzilla Bandai Creations sofubi I've been wanting for a while now. I probably could have ordered him, but had been hoping to find him at a store. The Target also had some of the smaller boxed Bandai sofubi series, so I'll probably try to complete the line here soon. There's a nearby Walgreens that stocks them as well, so I see that coming together nicely. Walmart had a few more Real Ghostbusters I'll need to grab, but will in time. I did grab the Mega Construx MOTU He-Man vs Beastman two pack. I'd been looking for that. They're the same toys are prior released, but slightly different decos.

That's a lot of things to talk about posting about soon, but like I said gimme a minute. My house is a pile of boxes currently. I'd also tell you about the household stuff, but I'm sure my new bathmats and soap are stretching to misadventures portion of the site a bit. Man... I've got such a DVR backlog to catch up on. Like it's ridiculous.

at June 22, 2020
Email ThisBlogThis!Share to TwitterShare to FacebookShare to Pinterest
Labels: ghostbusters, Godzilla, Halloween, Masters of The Universe, misadventure, moving, toys, Transformers, what the heck I did this weekend, Zone Base