The Grafx Are Turbo, All 16 Of Them


The TurboGrafx 16 Mini will FINALLY be released on May 22nd. That's tomorrow or today depending on when you're reading this. Or last year. Either way after Covid 19 moved the release back (and it changed a few times) it's finally getting released and I'm happy. Mine has been pre-ordered and will probably get here sometime next week. Which being exclusive to Amazon is just how it was going to go. Kinda a bummer seeing how I'll get it after the Memorial Day weekend.

I'm moving in a few weeks, the holiday weekend will be spent packing anyway. So I guess it's fine. After all this time, what's a few more days right? I'm pretty excited, this is a pretty big deal for me. I know it was possible to order one from Amazon's Japanese site early. When the US date wasn't too far off, whats the point? If I would have done that, I would have gotten a PC Engine Mini instead. The difference is mainly cosmetic, but it's a good cosmetic. There's also the slightly different game selection to consider. I could be here all day.

I've always wanted one of these, so the mini will suffice just nice. It was a console I could never get my parents to buy me back in the day. For some reason getting one into adulthood was always just out of reach. Thanks to emulation and the games getting put on other systems, I was able to enjoy it kinda. It wasn't that unchecked box of actually owning one though. Not to mention, I've become a fan of micro consoles over the years as they've become a thing. So this is just perfect. 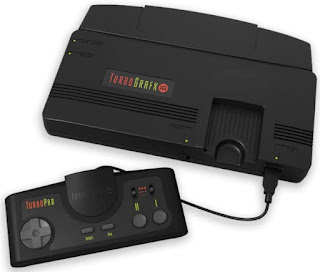