I was pretty excited for the Turbografx-16 Mini until Covid-19 pushed back the release. I'm still excited for it, but man that hurt a little. One thing I found odd was the exclusion of Keith Courage in Alpha Zones from the console. Keith Courage was the original pack in game for the system here in the states until the release of the Turbo Duo a few years later.

I've always liked Keith Courage and was really hoping to play it on the mini (whenever I get it), it not being included confused quite a lot of people for good reason. It was just one of the games you associate with the system. Most likely it's due to licensing issues as Keith Courage is an Americanization of the PC Engine game Mashin Hero Wataru, which was based on an anime. The anime itself has had a few other series and other games as it's pretty popular in it's own right. Much more than Keith Courage. It's not surprising that essentially Konami wouldn't deal with the licensing all these years later.

There's all sorts of toys, games, and cartoons of Mashin Hero Wataru. If you really liked Keith Courage and wanted more of it, well there's plenty of it to go around. I'm kinda tempted to watch the anime as it looks pretty neat. I feel like I've seen bootlegs of the mechs at discount stores and honestly tempted to get one of the newer figures. Because dude...Keith Courage. 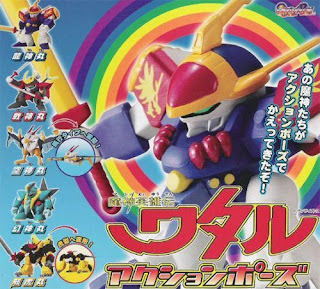