The Rhino Put A Hurting On Me


Ah, M.A.S.K by Kenner. A truly great toy line featuring transforming vehicles. Really one of the better toy lines that sadly was only around for a little while. There was a short lived follow up with Vor-Tech, but man, the line deserves a better legacy. Most people remember the vehicles seen in the commercial above. The Rhino particularly was a great toy. A semi truck with guns, a separating car, and... a big launching missile.

You may have noticed I've never complained about child safety laws with toys. Mainly because I'd rather consider the safety of others before being concerned about the length of a missile or the sharpness of a sword. I do have a little first hand related experience, after all.

There I was Christmas morning in 1985, playing with my brand new M.A.S.K Rhino. What a great toy! I drove the little detached car around. Aimed the smoke stack guns all over... hey, how do I make that big missile shoot? Have you ever seen that big missile? 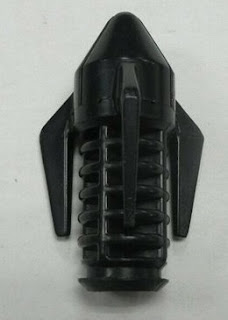 The missile would launch from the sleeper portion of the cab, but how was I to launch it? There I was, sitting at the kitchen table, looking all over this toy truck when my finger found the magic spot as my head was in the other magic spot. In other words...