Toy Fair is this weekend. Which pretty much means an insane amount of toy news is going to be spewing out from every seam. Early looks and leaks from the days leading up help some, but there's just going to be a ton of news over the weekend. It's fun... and a little overwhelming. Like always, I plan to give my thoughts on some of the stuff. Thing is, this is a fan blog, not a news site. I'm enjoying the things I like with you here. We're enjoying things together. Not to mention, I generally don't post a lot over the weekend. So I figured it'd be a good idea to post my early thoughts here from those early leaks and leaks and follow up Monday with post con thoughts. Cool? 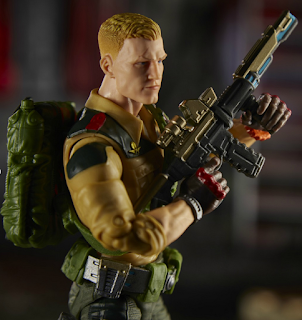 GIJOE Classified is actually happening. A new line in the partnership between Jazzwares and Hasbro is giving us new high quality 6" figures of classic characters. I am stoked. I love GIJOE and am really glad to see it come back. Jazzwares is on a roll lately, their Fortnight figures have been really impressive and they've even got a collector line for AEW Wrestling coming as well. I'm all up for getting these guys at my local stores and just ecstatic over them in general. 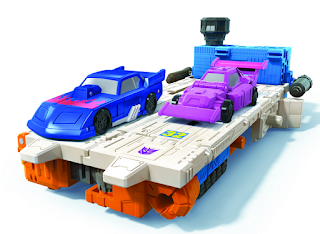 There is a ton of new Transformers coming this year. I've already talked about Earthrise, but more of it keeps pouring out as well as Cyberverse, BotBots, and Studio Series. As the owner of a site named after a Micromaster Base, I don't have to tell you how thrilled I am for even more Micromasters in Earthrise. I probably already have and probably will a million more times. The fact that most of the larger bots have a base mode and the Battlemasters have a third mode which is a base connector piece is just... Know when something you like is made even better? That, that's what's going on here. I like that. A whole freaking lot. 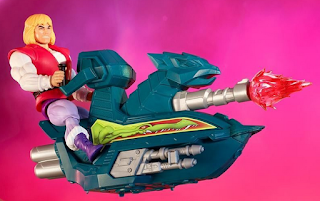 Masters Of The Universe has all sorts of cool stuff coming this year. This sneak peak image of the upcoming MOTU Orgins Sky Sled with Prince Adam is great. It's nice to see all the He-Man love from Mattel recently and I hope they keep it up. 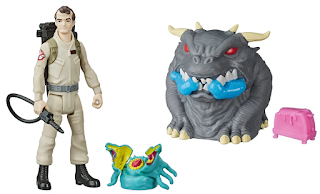 The new Ghostbusters toys from Hasbro look amazing. Among all the cool stuff on the way, what I'm really excited for is the Fright Features figures and the Ghost Gushers toys. The Fright Features figures are modern day The Real Ghostbusters figures (speaking of) and there's not one thing I don't love about that. The Ghost Gushers are outright Maba Zombie style toys of classic Ghostbusters ghouls and I'm completely amazed at them for existing. Ghostbusters and slime go hand in hand, but this is legit awesome. I can't wait for the Maba tag to explode on Instagram this summer when these are released.

That's it for now. Like I said, I'll have a follow up post likely Monday with my post show thoughts. Also like I said, the glut of news can be overwhelming and I might miss a few things between the more shared news posts. It's a good thing I'm going to have a somewhat busy weekend, so I can spend time looking through news later after the end of reporting and not try to keep up with it as it seeps out. Good thing I don't pretend to be a reporter, I don't see how those who do can keep up with it all. It's exciting though, a lot of the stuff I really like is getting stuff I really like this year. Who could complain about that? Well, buttholes I guess...