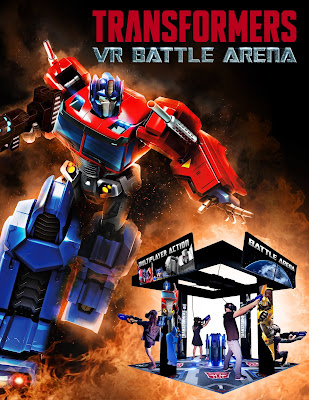 News broke earlier today of a new Transformers VR game. I'm pretty excited for this, even though I haven't had a chance to play the SEGA TF arcade games yet. A new Dave and Buster's has opened closer giving me a better opportunity to play those as well as this when it's released. So now it wouldn't be an all day thing to make it somewhere that has them, instead maybe an hour drive. Much more doable.

According to what information is available, it will be a 4 player battle arena type game. It's still early, so details are scarce other than news site click bait fluff. Hoping it's more than bots vs bots, I'd love more mission based gameplay. Which is what the SEGA arcade games offer, though they're light gun games (which I love) in cabinets that are pretty close to a simulator type experience (some units more than others depending on the facility you play them at). A full VR experience in mission based combat would be great, but I'll take what I can get.

I do like that the game seems to be using the evergreen designs, which is basically a modern G1. You can't realistically expect 80's vehicle modes in a modern day setting, so the updates work well. Not to mention, I just think they look good. Hopefully the game makes it to my local Dave and Busters so I can give it a try. Also hope they don't clear out those SEGA arcade games before I can make it there. Adulting can be hard, yo. 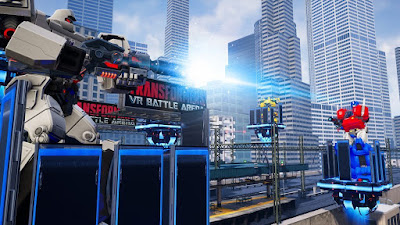