Ooh baby, do you know what a tickets worth? Ooh, Metrobase is a place on Earth.

A little over a year ago, I talked about the Transformers Land planned for Universal Studios in Beijing China. So earlier in October the same blog covered the park more in another post that I somehow missed during all the Halloween hoopla. I know this falls under the rumors category, but seriously, these guys are always right. Like, they cover all their bases and even address when things change. It's really neat. So more information regarding the Transformers Land below and I quote:

This new land has a clone of the Hulk coaster found at Islands of Adventure. Plus it will feature another Transformers: The Ride found at other Universal Parks. From the press release:

An expanded story was specifically developed for the character Metrobase, who is a Titan, a robot the size of a city. In conjunction with top Chinese scientists, Metrobase selected this Energon rich site just outside the city of Beijing to serve as the N.E.S.T. Beijing headquarters– a top-secret, technologically-advanced zone where an alliance between humans and Autobots developed to protect the Earth. The land is filled with Cybertronian architecture and advanced technology that creates an immersive experience that brings “guest agents” into the world of Transformers like never before.

So the setting for the land is a movie version of Metrobase. A kinda obscure Metroplex repaint mostly appearing in Japanese manga. Who now serves as the setting for a theme park area. Neat. 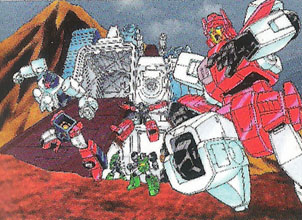 That's amazingly out of left field. I can't help but to speculate on the merchandising potential for this. I imagine the Supply Vault store would have plenty of Evac and the new Studio Series Megatron toys on hand, but wouldn't a Metrobase repaint of the Generations Metroplex be nuts? If you've ever been in a Supply Vault at Universal Studios, you know they're not shying away from big ticket items. Something like that would drive a specific section of the fan base nuts (like me).
at November 08, 2019
Email ThisBlogThis!Share to TwitterShare to FacebookShare to Pinterest
Labels: Beijing, china, Chinese, metrobase, movie, the movie, The Ride, theme parks, Transformers The Ride 3d, Universal Studios, Zone Base