If all your friends were jumping of a cliff... 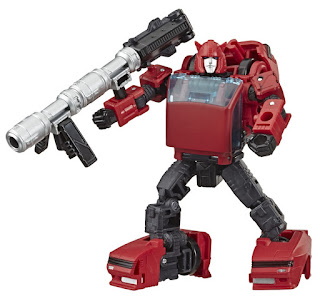 Images of the new Earthrise Cliffjumper toy surfaced earlier today and man does he look sharp. I really like the inclusion of his overcompensation cannon. I always dug that from the cartoon (where did he even keep that thing?) and they did a really good job recreating that classic look. I've always liked that red on black deco and his squat robot form. 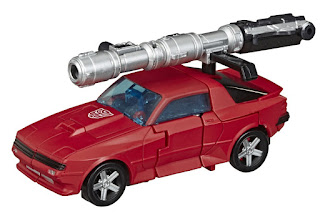 His car mode looks really nice. It's not a toy car like his G1 toy turned into, but that's not really a big deal. I don't think any of the Mini-Cars kept that aesthetic after the original molds. Not to mention, despite being a homage, it's still not the original toy. So seriously. Cliffjumper's a deluxe, and a smaller figure than other deluxes which is kinda a bummer since he's still going to cost the same deluxe price. Though I guess scale accurate folks will like that. His overcompensation cannon probably makes up for some of that in the overall cost. 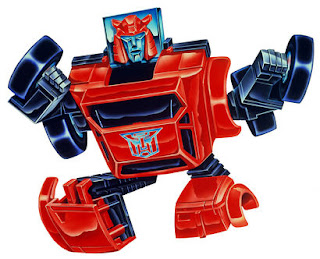 I'm really glad to get a pretty accurate Cliffjumper. They've generally made steps to make him different in more recent toys and that's cool, but with the obvious classic-ness of the WFC toys, duh. I've always been pretty fond of the Mini-Cars and whenever they do a new version of them, I'm usually all over it. Looking forward to the various conversations over him in the Microman groups.