Dark of The Capsule Machine 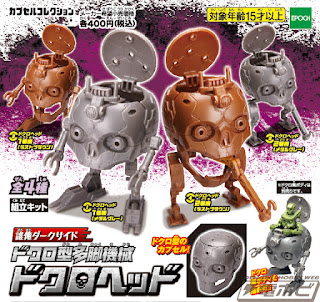 Epoch makes some really great capsule/gashapon toys. Their Dareore Dark Side line is particularly neat to me. A line of skeleton robot guys with various series of accessory toys. The machine skull series seen above is really drawn my interest. In the vein of more recent 'head' capsule toys, the head itself is the capsule dispensed from the machine and the various parts are inside the shrink wrapped head. Once assembled, you get one of six (two mystery versions) types of piloted units. I was first made aware of these cool walkers in Microman groups as they're a good fit for your micros. Though the Dareore figures they're intended for are a perfect match. 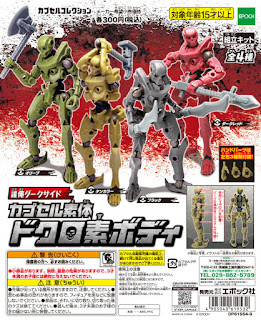 Cool articulated little robotic skeletons. Man, I dig that chest armor so much. The multiple colors and weapons are wonderful. I love it when sci fi is blended with gothic horror. Love it. Just for good measure, check out the Magic Furniture set. They just need a spooky space castle now. It even has an exclusive body type in that batch. 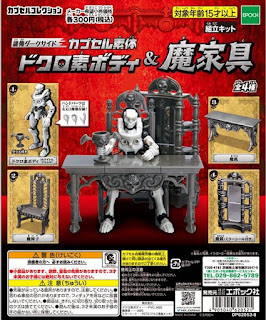 Damn, that's awesome. I've often wished I had access to gashapon machines like they do in Japan and other countries. Occasionally a random comic shop will have one or two, but the best I can hope for is that the gumball machines in front of the grocery store has something cool in it. I watch a lot of videos of people hitting up the machines and while I'm extremely jealous, I'm also in extreme awe. There's stores full of just the machines and often even with rent-able lockers to display the toys you're willing to trade and lists of what you're looking for. If I had those stores here... man. You could be sure it would be a big topic here on the site. I'd probably make a big deal of it. I'd have at least 3 more followers on Instagram. 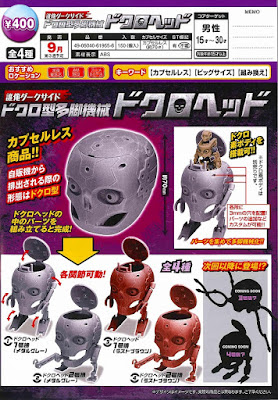