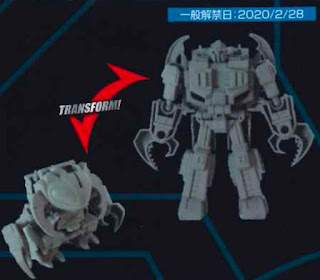 Earlier today (or yesterday for you probably), new Transformers news stuff made the rounds. First surfacing on various fan groups was pictures was of upcoming Cyberverse toys that hadn't been seen yet. Pics of Hot Rod, Megatron, Whirl, Bludgeon, and Repugnus surfaced. Megatron and Hot Rod looked like they would be in the new higher end Generations assortments. The others maybe Turbo Changers or Warrior class. Honestly I'm focusing on the those as there's already toys of the first two and these are not only new... but more neat. 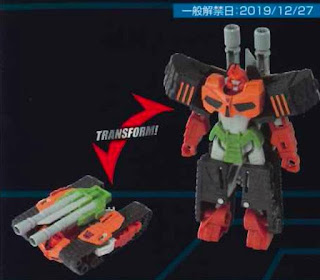 The Cyberverse design style looks great simplified and these new figures follow suit. I've droned on about why I like these simplified toys before, and these really fit into that old school super robot toy look. I'm both chomping at the bit for new Siege and Earthrise figures as well as these more simple retro-ish toys. 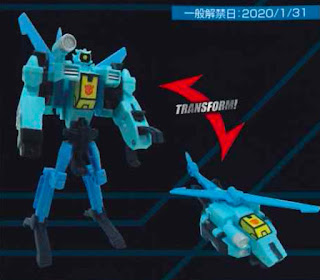 Bludgeon particularly looks like a leftover Brave toy. Whirl like a Gobot... and for that matter, Repugnus looks a little like a Monster Gobot. They look like a ton of fun and like I said, these retro styled toys are my jam. I'm pretty freaking excited for these. Oh hey, there's a new Diaclone video with Waruders. It's awesome.