I've been on pins and needles about my pumpkin this year, it's an important part of the Halloween season. When I was a kid we'd use a kitchen knife to do our work, despite such amazing products as the Pumpkin Kutter readily available. They made a safe cutting... pardon me kutting tool, a scoop, and even a light to use in place of a candle. My parents didn't see a need for it, but these days I sure do use the crap out of these type of things. Though admittedly I'm a Pumpkin Masters man. 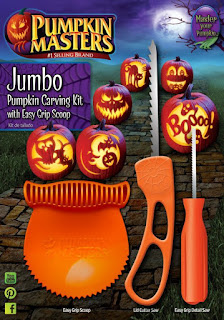 Pumpkin Kutter had a plethora of commercials slinging their wares. It's hard to deny the charm of them. It's that classic old school Halloween and just the overall vibe from them that I just can't get enough of. Not to miss out on a sale, Pumpkin Kutter even sold the Pumpkin Light as a safety lite while you trick or treat as opposed to a glow stick or flashlight.


Like I said above, I'm a Pumpkin Masters man. They're everywhere and produce some damn fine quality pumpkin carving kits and supplies. Though I did briefly wonder what happened to Pumpkin Kutter. Did they go out of business or something? Nope, they're still around producing the exact same tools they've always made. Literally. 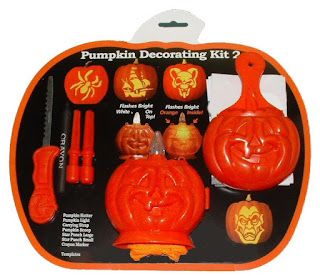 It'd be super cool to score one of these kits, just to have a set. According to their site they're sold at Pumpkin Farms nationwide. I live in a nationwide and will be going to a Pumpkin Farm in a few weeks. It'd be great to score a set of the classic... pardon me, klassic tools.
commercials Halloween jack o lantern jack-o-lantern pumpkin kutter pumpkin light pumpkin masters pumpkin scooper pumpkins retro trick or treat Zone Base