Innsmouth no Yakata in 3D 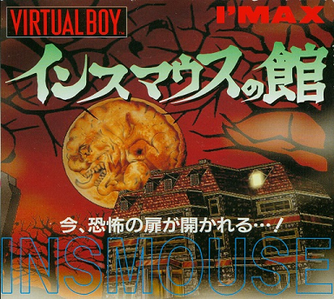 One game perfect for the Halloween season is Innsmouth no Yakata, a first person horror game inspired by HP Lovecraft's The Shadow over Innsmouth (and possibly tied to a TV movie based on the book). The game was for the Virtual Boy and only released in Japan. Unfortunately so as I'd have been all over it at the time. 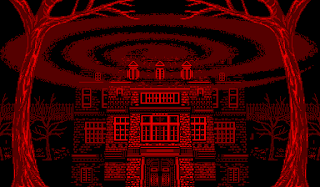 For the record, if you don't like Virtual Boy games or non- shooter first person games, you're probably not going to like it. These old first person games were my cup of tea at the time however. Not to mention, I love the Virtual Boy. Whenever a horror game was released before Resident Evil, you could expect it to be a bit janky. That just kinda came with the territory. So, I probably wouldn't have minded any of it's issues that game reviewers have. 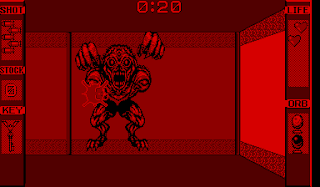 If Innsmouth no Yakata was a bigger hit on a more popular console, I could easily see the monsters popping up as keshi and sofubi. Official or indie. I could really see them gracing the cover of some weird fanzine or fanblog. Other than this one that is. It's hard for me not to love the look of 'horror' games in the 8 and 16-bit era. Sure, the VB was technically a 32 bit system... but just look at it.