Earthrise on a Select Cyberverse to play cards 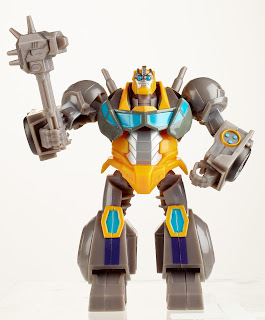 Each DELUXE CLASS figure comes with one build-a-figure piece. Combine all the pieces to build a figure of MACCADAM, the beloved character from the show. Kids can collect other DELUXE CLASS figures, each sold separately, to discover the signature attack moves of favorite characters from the G1 inspired CYBERVERSE series, as seen on Cartoon Network and YouTube --one of the best ways to introduce young kids and new fans to the exciting world of TRANSFORMERS!Available at most major toy retailers on 1/1/2020. 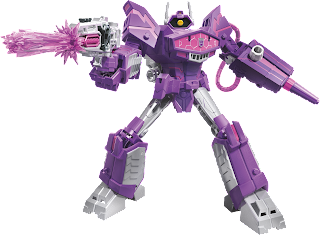 Transformers Cyberverse Deluxe Class Shockwave (Ages 6and Up/ Approx. Retail Price: $19.99/ Available: 1/1/2020)Inspired by the CYBERVERSE animated series, this DELUXE CLASS SHOCKWAVE figure stands at an impressive 5 inches in robot mode and converts to vehicle mode in 20 steps. The last step of conversion activates the figure’s Shock Blast attack in both robot and vehicle mode! Once converted, the fun attack move can be repeated through easy reactivation steps.

This ecosystem of collectible figures allows fans to build out epic space battle scenes and connect figures together to expand and customize the battlefield!Every pack includes a piece of the TRANSFORMERS Universe Map and a red decoder to unlock the map's hidden paths! Collect other EARTHRISE figures to piece together the full map.

After the cut is the rest of the post, I've taken choice cuts from the press release to try and give a informative post for the new products shown at NYCC 2019 without overloading you all with a ton of pics and text. Of course you all know I love every bit of this news!

Build the ultimate battlefield with the WAR FOR CYBERTRON: EARTHRISE figures (each sold separately, subject to availability). The siege is over, but the War for Cybertron has just begun. The AUTOBOTS and DECEPTICONS have left CYBERTRON, but their battle rages on as they speed through space in pursuit of the ALLSPARK. Adult fans nostalgic for the original TRANSFORMERS animation and kids discovering classic characters for the first time can share and experience exciting play patterns for all generations. Available for pre-order starting 10/03/2019 at 5:00PM EST on Hasbropulse.com and select online fan retailers 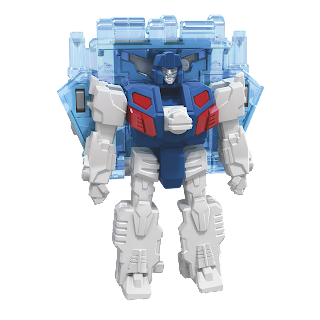 Transformers Generations –War for Cybertron: Earthrise Battle Masters WFC-E1 Soundbarrier (Ages 8 and Up/ Approx. Retail Price: $5.99/ Available: 3/1/2020)The Battle Masters SOUNDBARRIER figure stands at 1.5 inches in robot mode, converts into shield accessory weapon mode in 5steps and comes with a FIRE BLASTSaccessory. SOUNDBARRIER’s Weapon Mode doubles as a small Modular Battle Station module that has the ability to connect other Battle Stations together, so fans can build the ultimate battlefield! 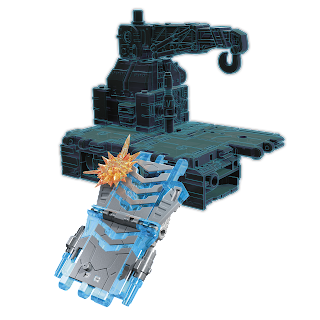 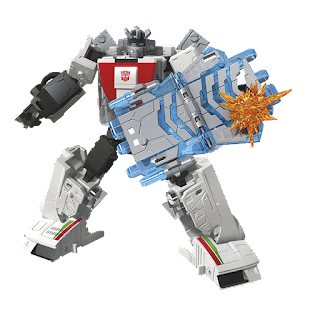 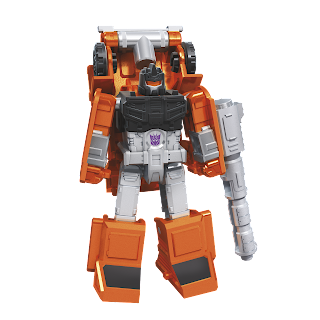 Transformers Generations –War for Cybertron: Earthrise Micromasters WFC-E4 Military Patrol 2-Pack (Ages 8 and Up/ Approx. Retail Price: $9.99/ Available: 3/1/2020) MICROMASTERS BOMBSHOCK and DECEPTICON GROWL figures stand at 1.5 inches in robot mode and convert into mini car modes in 6 and 5 steps.These MICROMASTER figures are to scale with Modular Battle Stations and can ride along their connector tracks, so fans can build the ultimate battlefield! 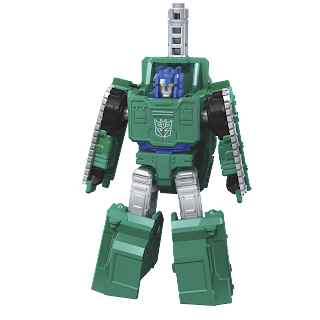 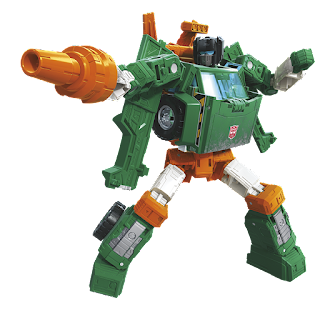 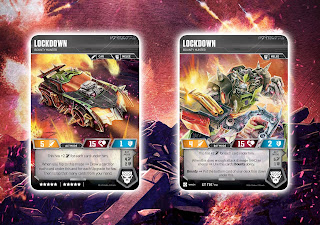 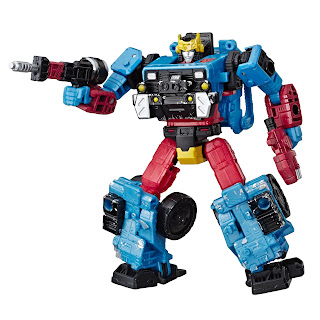 War for Cybertron Deluxe WFC-GS09 Hot Shot (Ages 8 and Up/ Approx. Retail Price: $19.99/Available: 10/3/2019) This special edition Generations Selects HOT SHOT figure features a design inspired by CYBERTRON DEFENSEHOT SHOT from the Unicron Trilogy where HOT SHOT was part of the elite, heavily armed CYBERTRON Defense Team. This version also celebrates his origins on CYBERTRON with a Cybertronian alt mode inspired by how HOT SHOT would have appeared on CYBERTRON before arriving on Earth. HOT SHOT stands at 5.5 inches in robot mode, can convert to classic vehicle mode in 14 steps and comes equipped with 2 weapon accessories –a RT-10 IR Electro-Scope Launcher and a W-5 Holo-Beam Refraction Blaster. They combine to form the larger HD Vector-Beam Mega-Blaster. Weapon ports on the figure enable accessories to attach in custom configurations. Fans can use weapon accessories from other Siege figures to expand figure’s load out (each sold separately, subject to availability).

Generations Selects is a fan-dedicated line of figures featuring special edition characters that can’t be found in the main line. Available via select online retailers on 10/03/2019. 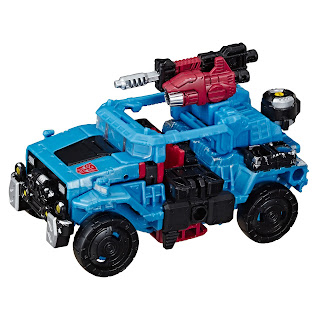 Thanks to Rogers and Cowan for Providing Zone Base with this information!
card game cyberverse earthrise Generations Hasbro NYCC press release rogers and cowan selects Transformers Zone Base