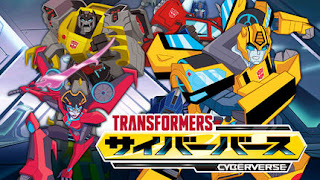 This weekend a new episode of Cyberverse premiered on CN as well as Beast Morphers returning from it's mid-season hiatus. Cyberverse continues to be great. I really like how the shorter time of the episodes keeps the story tight without much filler. Sure, filler time can be great when used right. They can expand on characters, do some world building, that kind of thing. But honestly, the bite sized Cyberverse allows for more direct story telling and more punchy action. Which I really like. At this point Transformers doesn't need to be re-established, so the core concept is usually enough to drive the action. Fortunately the first season did enough of the world building to make it work. Cyberverse is essentially core concept Transformers as is, probably more of the reason I like it. There's been too much over convolution and unnecessarily over complicating things in Transformers as is. Thank goodness for simplification. 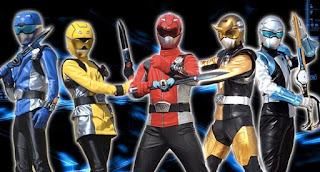 Beast Morphers is a great Power Rangers show. Really fun and well written (for the most part) show obviously intended for children, but still enjoyable for a middle aged dork. I really enjoy the setting of Grid Battle Force and the overall vibe of the show. Considering the tradition of PR holiday specials, I'm really curious about how their Halloween specials will work out. I really like the action figures being made. While not premium figures, they're still super nice. You have to wonder if Hasbro is making a point to make the toys so nice as it's essentially their first go with the brand. Or maybe they'll just have great Ranger toys.