Blue Leader, do you copy?

For the life of me, I cannot fully explain why I like the blue repaint of Leader-1 as much as I do. That's a lie, I can. It just looks good. In fact I think it looks a billion times better than Leader-1 in his traditional colors. This commercial does a good job of selling Flip-Top as well. In another timeline, GoBots won the war and I'm arguing the merits of the blue Masterpiece Leader-1 somewhere. Somewhere I'm also a big supporter of the GoCon box set recreation of this commercial. Though even in that reality I'm not good enough to be a GoCon fan adviser, even though they totally stole my box set recreation of this commercial idea. Jerks. 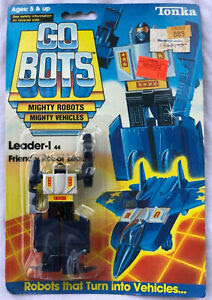