I don't care if he Bugly, he's got a great personality 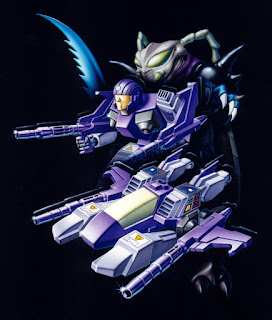 Somethings been bugging me, and that's the lack of a Bugly update. I know he's not in the main event and maybe not even near the middle of the card. But he's one of the Pretenders that I've always loved and have always hoped to see a new toy of. Pretenders are one of those oddball G1 series you either love or hate. These days they do tend to get a more positive outlook, but that wasn't always the case. I know, I know, I love everything. That's not true, I just prefer to spend my time with things I love instead hate. Especially when it's something I do for fun. Because I'm not stupid.

Pretenders fill a niche for me. Let's think about it, shall we? I might like Transformers a little bit (did you notice?). Might just have a thing for monsters (could you tell?). Then in the case of the Autobot Pretenders, they sure do resemble characters from video games or that way cool show on USA Night Flight. The timing of them couldn't be any better either. Hasbro is a really big toy company and they tend to market their products to the customer base. Because duh.

At the time kids were all about toys like Ghostbusters (ever see the ghost figures?) and TMNT (M is for mutant). Various freaky gross things were all the rage and Hasbro plans to make every cent that they can. That's how business works. Then you add in Takara's market and really if you want to give it a small amount of thought, Masterforce sure was like a Sentai show huh? It's just a logical progression. It also just so happens to appeal to my specific tastes. Not just my cup of tea, but my whole jug of drank.

I got Bugly in the sixth grade. The local Big Lots had Pretenders in stock and my Mom grabbed me Bugly. It was great! You see this cool bug monster? I loved his colors too. They sure did fit in at the time with other toys and really I still love them. They just look good and really pop. I've always loved the later G1 Decepticon colors. Teals, blues, blacks, purples, and whatever neon shade that you wouldn't immediately think of for a villain. 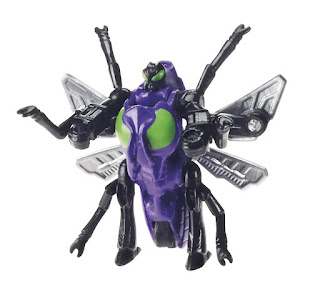 While I lament the lack of a new Bugly toy... there was a little something that did happen. Little as in a tiny little TF toy. During the time that Legend class figures came with a tiny partner figure, Venin came partnered with Acid Storm. A repaint of the Waspinator toy that came with a Starscream figure, Venin sure does look like Bugly. He's a different character and the resemblance could be a coincidence. Though it's hard to deny he could have been Bugly if the folks at Hasbro decided to make it so. 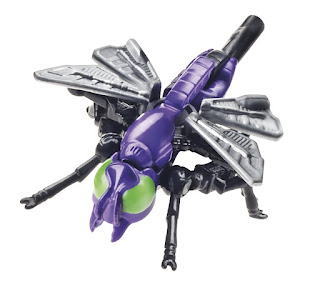