Sometimes you can't place exactly why you like something, you just do and that's that. I know why I like Transformers Armada. It was a really fun Transformers toy line with big chunky robots that were full of character and fun gimmicks that introduced Mini-Cons. Mini-Cons are tiny Transformers that at the time seemed like a return to Micromasters with a plethora of creative alt modes. The Mini-Cons usually triggered the larger robots gimmicks, but also would interact with the toys in other ways as well. Add to the fact that they'd occasionally homage past gimmicks like Targetmasters. With the variety of ways to buy and collect them, and Mini-Cons were a hit on their own outside of the hit line they were birthed from.

Critics of the line often complain that Armada was Hasbro copying Pokemon, and that's a fair comparison. In the cartoon, the Transformers were hunting Mini-Cons and an overall 'catch them all' vibe was all over. Hasbro has followed trends with their products multiple times before (I mean Micromasters... ) and that's pretty much how the business of selling things to children goes.

I love a good tie in promotion, this is well known to readers of this site. I don't make it a secret and wallow in it's excesses. So when a Transformers Happy Meal tied into Armada came around, you know I was had before hello. Before I go any further, let me talk about the above commercial for said Happy Meal. I'm so freaking happy over the original animation that's amazingly toy accurate. Yes, the toys were not the best looking things ever, but McDonald's was not one bit ashamed of that and took time to animate them in action.


I just said the toys weren't the best looking things in the world, and as you can see above... yeah. I still found fun in getting a Happy Meal with a Transformers toy inside though. I was pretty happy at the time to be honest. I had finally escaped the clutches of office supply store hell a few months prior and was happily working at a nearby warehouse. For the first time in my working life I had a normal 40 hour, Monday through Friday job. Occasionally through the week I'd get a Happy Meal on the way home from work as the promotion started, but the sweet spot was the weekend. I found myself hitting up random McDonald's on the weekend in an attempt to get all of the toys. I can't tell you why I wanted them all, but I did and boy did I make a point of it.

Let's talk about the toys shall we? As you can see in the picture they're very basic figures. The vehicle modes were pretty good, pretty basic, but what you could expect from a Happy Meal toy. The robot modes were not much more than the vehicles stood on one end with a few parts flipped out. Starscream was the hold out though, as he was a Flipchanger with the same proportions as the G1 Flipchangers aside from lacking arm articulation. Some toys had a gimmick, such as Cyclonus's launching blades. If you'll notice from the above picture, both teams combined. The Autobots formed the MIGHTY ROBOT... which was basically a cheer leading routine. The Decepticons formed MIGHTY VEHICLE... which was them stacked up in vehicle mode. In all actuality, they were some pretty good toys. Not good looking toys, but good toys.

The way they connected was neat. Instead of a generic peg system, they outright used Mini-Con connector ports. My first one of these figures was an Optimus Prime. I remember sitting at my computer fiddling with him when I noticed the connector port on his foot looked familiar. I tested it out and sure enough, it was a standard Mini-Con port! I enjoyed the Armada cartoon a lot even with all it's faults, my Armada toys would usually reflect whatever was going on in the show. When Hot Shot lost the Star Saber, my toy did the same. But even though there wasn't an Optimus Prime Mini-Con... there was one of those Happy Meal Optimus Prime toys riding on Super Mode Optimus's shoulder at all times. I just said Optimus Prime so many times, that was absurd. Optimus Prime. 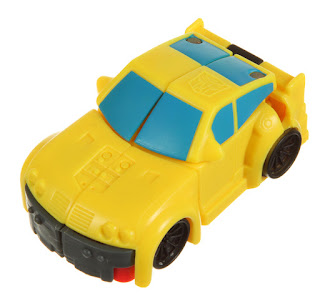 Back to those weekends I now had. I found myself for the first time able to have more of a social life. Spend more time with friends, do more things. The sort of life you work towards, the kind you enjoy. Well, the prior BotCon happened shortly before my escape from office supply store hell. At that point I had become accustomed to the irregular schedule and frankly incompetence of my managers regularly causing scheduling conflicts with my social life. So much that I hardly even flinched when they called me wondering where I was during the convention despite granting me the time off months earlier. Yep, they had scheduled me to come in, right after scheduling me to be off. At the time there was a semi local Transformers fan meet up group, thanks to that prior schedule I was never able to attend meet ups. Though now...

It was around this time I formed the 'throw your own damn BotCon' mentality. Why wait all year when you could literally have that type of fun all year? I'd meet up with other local fans and even months later form my own local Transformers meet up group to moderate sucess. It was during my weekend outings to find these toys that this mindset formed. I'd go to some other town, hit up the local stores for toys I wanted, go to McDonald's for lunch hoping to chase down the toys I needed to complete the set. Often I'd find myself talking to other like minded people in the toy aisles or even those McDonald's. You'd be surprised at the people you'd meet sometimes by accident. One rainy weekend, the kind that you didn't want to do much of anything, I picked up the newest trade paper back of the Marvel Transformers comics and hey stopped by and got a Happy Meal for lunch. There I was, slowly eating my food while reading the book. For a few years there, reading those trade paperbacks over and over was practically a hobby onto itself. And during that promotion, it was an ideal lazy afternoon.

It's funny how just wanting to complete a set of Happy Meal toys for fun can lead to so much more. Various people, various adventures, and various intestinal discomfort (so much Glade). It was a low key, easy thing to do that just so happened to align with a hobby that somehow takes up so much of my time. There was a following Energon Happy Meal in Europe that I missed out on being in Georgia. The Cybertron kids meal at Burger King? I did a repeat of the Armada fast food quest. 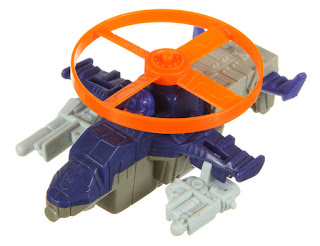