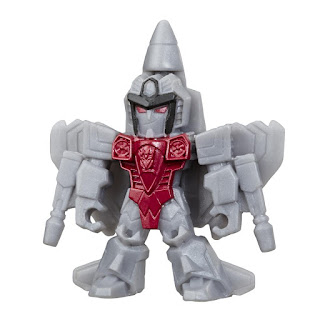 Over the weekend, pictures of new Cyberverse Tiny Turbo Changers popped up. I've been a steady fan of the little guys, only missing series 5 so far. I've been hoping for a G1 themed blind bag series (ala WST TF) and this is close enough. I like the design aesthetic for Cyberverse and think it applies itself well to the cute looks of a TTC. Really hope these guys are more widely available as I don't want to have too hard of a time getting them.Hopefully they pop up at Five Below. That's like the perfect place for these. 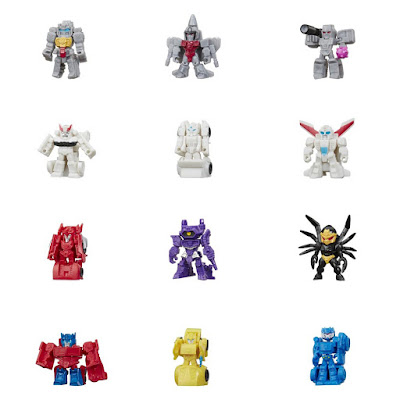 Something that I've been wondering about TTC figures. They're blind bag mini figures obviously, but would they be keshi? Small rubbery collectible figures is basically the definition of keshi and these guys fit that description. I guess it ultimately doesn't matter, but it's nice to have a name compartment to stick them under. Seeing as some folks describe Grossery Gang and Shopkins as keshi, I suppose BotBots and TTC could fit under the label. Man, I really want things like glow in the dark and clear chase versions of these guys.
at May 20, 2019
Email ThisBlogThis!Share to TwitterShare to FacebookShare to Pinterest
Labels: blind bags, cyberverse, keshi, mini figures, Tiny Turbo Changers, Transformers, Zone Base