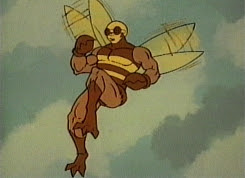 I've made mention before of my fondness for insect based toys. I have no clue why I like them as much as I do, but I do. Maybe it's the way the insect parts resemble armor or work out in the design. Who knows? If I think too hard about it, I'll still get nowhere but bore everybody who'd rather me just get to the point. So for clarification, bug based toy/characters are good. Bugs in real life, I'm probably going to pummel with a flip flop while yelling to the heavens. Looking at the newest series of Kabuto Mushi toys has gotten me thinking about the creepy crawlies and that's a fun thing.

The Insecticons always come to mind when thinking about bug folks, and while I've focused on their Diaclone and Beetras roots, the various insect Transformers that came since were pretty damn great also. Beast Wars had some great bug bots (particularly fond of Transmetal 2 Scarem). Insecticon from Energon was also a really good bug bot. It's hard not to like an insect robot from space.

Earlier I was thinking about Baxter Stockman from TMNT. Despite the weird changes they made to his appearance at the time, the 80's/90's cartoon version remains my favorite. That mad scientist changed into a fly monster is awesome. It's classic horror in a cartoon, good design for a toy, and solid boss character in a game.

Insects just work in sci fi and fantasy. There's not really denying that. They can be gross or high tech. In a swarm or as an individual. Bugs are great... unless one is on my car. Then I'll have to buy another one. 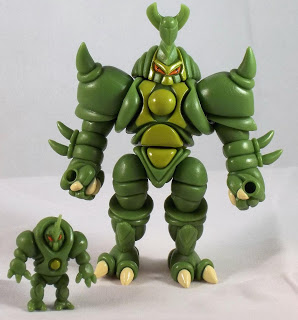