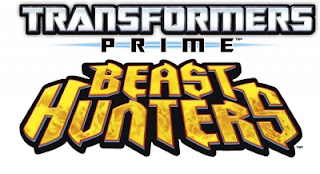 Transformers Prime as a series ran from late 2010 through 2013 with a 3 season cartoon and direct to video movie. The toy line was released in late 2011 and ran through 2013 (it was delayed in part to the Dark of the Moon push). The series was a mixture of traditional TF and movie flavors that for the most part was well received. As with most Transformers series, the line show/toy line got a refreshing and that's what I'm here to talk about today. The third season (and movie) of the show and the second half of the toy lines got rebranded as Beast Hunters and with it the entire direction changed. 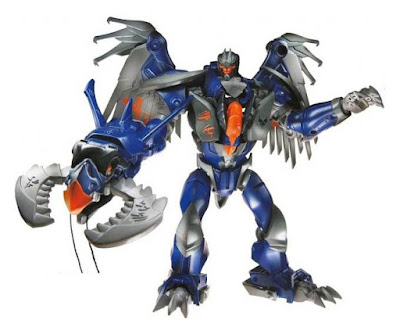 The most obvious addition to the line was the 'beasts', which in this case was a new faction of dragon based Predacons. These served as antagonists to both Autobots and Decepticons, ala The Evil Horde. However, on the show was limited to only one character (later 3 in the movie) and was sided with the Decepticons. The Autobots and Decepticons were in turn changed to 'hunters' who now had spiffy armor to hunt these dragons. New mold figures mostly (not all) had removable armor pieces, while older figures were remolded with the armor on their body. Neatly enough, the armor was a mixture of mid-evil and animal theming. This led to some really creative designs. Bumblebee for example had bird themed armor that worked out in a very spiky 'Mad Max' looking car, while Knock-Out had a crocodile theme that carried over from robot to car. 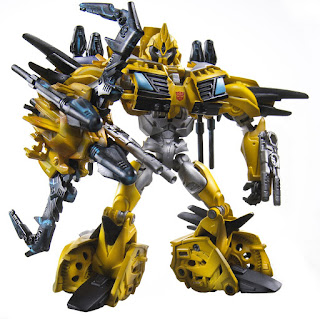 I had mentioned the tv show earlier, which is a good start to addressing the fictional setting. The show was a CGI cartoon entering it's third season. With the show well on it's way before the Beast Hunters theme was applied, there wasn't a lot of wiggle room to add the Predacons in easily. This lead to one character, Predaking, to be worked into the cast. Optimus too was given a new body, which some could argue that the resources could have went to another character. However as his design wasn't as beastly as the others, I wonder if that was in place prior to the new theme. Ultra Magnus also joined the cast, whose appearance was a modified version of the earlier Optimus Prime model. Joining the Deceptiocons was Shockwave, whom also was more traditional. In the direct to video movie which followed the season finale, two more Predacons joined the cast fortunately. 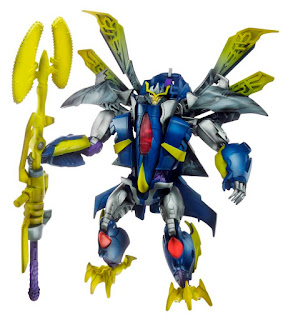 IDW launched a Beast Hunters comic series as well, which followed the adventures of the Dinobots on Cybertron after their Fall of Cybertron comic instead of the toys or cartoon. While I enjoyed the comic during it's brief run, it was disappointing that it wasn't a better adaption of the namesake. Honestly one has to wonder if somebody in that department just didn't want to tell that story. Fortunately Hasbro included a pack in prose fiction on the instructions of the toys called 'Tales of the Beast Hunters'. This story was more following of the toy line and I super appreciated it. It was a nice addition and allowed for the toys to have more life than just existing. In Japan another smaller series followed named 'Triple Combination: Transformers Go!'.

Go! was comprised of animated shorts packed in with toys of new mold Autobots and a new group of Predacons made from the prior dragon molds. Go! was a bit of a departure from Prime before it and was more like a Brave series. The animated shorts are available online and man I wished I'd had gotten some of the toys. Though I suppose I still can. 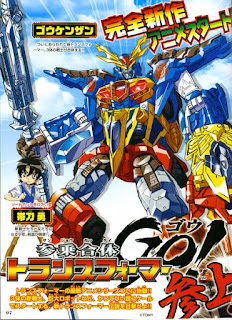 Transformer fan reaction was mixed as usual and as usual I loved it. Beast Hunters was the original working title for Beast Machines and that excited me instantly. While I liked Prime as is, this new direction appealed to me as it combined beast era with more super robot themes. The toys were really neat and I found myself liking the 'hunter' figures more so than the 'beast' figures oddly enough. The armor just made for a creative and cool toy that captured my imagination. While Wheeljack is my favorite of the group, that Bumblebee is a close second. 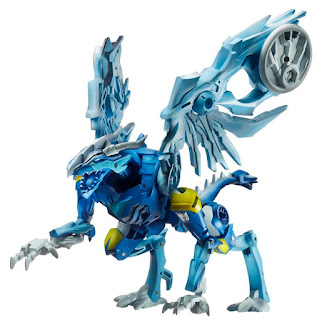 It's funny how something from the mainline not that long ago can go borderline obscure in time, but Beast Hunters just isn't that talked about anymore. This of course is the nature of things, especially in an ever changing long running franchise. I wonder if a time will come where Prime is looked back upon fondly and how Beast Hunters will be remembered. Time will tell I guess, but during it's time, Beast Hunters was a great time.