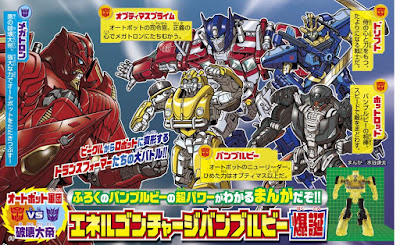 If it's one thing I love, it's Legend/Legion/Speed Class figures. Small, inexpensive, and usually available in a bazillion color variations making them fun to collect. The Bumblebee movie provided me with a whole new series of the tiny guys to hunt down and have a good time doing so. In Japan, TV Magazine is doing an exclusive version of the VW Bumblebee figure in translucent yellow. That's the kind of thing that drives me crazy as I'll likely never own one (there's also a red Optimus on the way). Adding to the overall neatness of the figure is a story line pitting the figure against the Red Megatron from another TV Magazine promotion from 2017. This is not a drill, this is awesome. Story pages and mini comics giving these little oddball toys a bit of fiction is something I'll forever embrace. Sure, you you it's just another use of a $5 toy with a different paint job. To me and others like me, it's something pretty dammed neat.


This clear yellow Bumblebee and his backstory are something pretty damned neat. 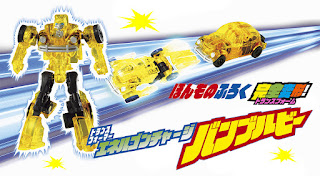