War for Cybertron coming to Netflix! 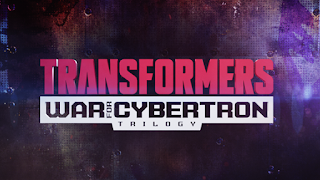 -- RAISES THE STAKES OF THE AUTOBOT & DECEPTICON WAR --

·         “In this Transformers origin story, we will explore the expansive universe of Cybertron in a way that audiences have never seen before - to the delight of both existing fans and those coming to the franchise for the first time,” said John Derderian, Director of Anime for Netflix. “The Transformers brand is a global phenomenon and we are thrilled to partner with Hasbro, Rooster Teeth and Polygon to bring this exciting new series to our members around the world on Netflix.”

·         “We're thrilled to work with Rooster Teeth’s new premium studio division to bring an all-new Transformers fan-oriented series to Netflix," said Tom Warner, Senior Vice President for the Transformers franchise for Hasbro. “Transformers has a rich history of great storytelling and War for Cybertron is an exciting new chapter in the Transformers Universe.”