Hey Rob, how about the exact type of thing you like? 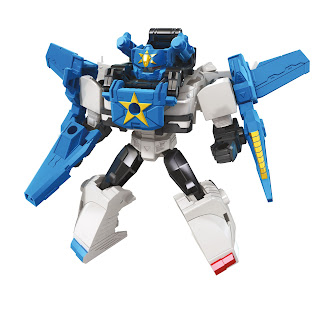 Toy Fair is right around the corner waiting to jump out and stab you with a knife. It's THAT close. So, as per the norm, almost all the news from the show is being released early to various sites either officially or by leaks. I'm not complaining, because the news is just wonderful (and I just can't click every link on Twitter). Wonderfest was this past weekend holding tons of news that I'm interested and really want (hello Star Convoy and Armada Prime). Today the news was new Cyberverse toys. I've enjoyed the line as is, but haven't jumped in whole hog as it's not 100% for me (and that's ok). Well, now they made it 200% for me (and that's ok)! 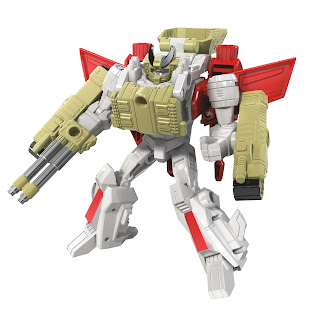 The new Spark Armor Battle Class figures are exactly the type of thing I go for. Legion/Speed style figures (they might be a little bigger) with partner drone vehicle type things that can turn into armor for said figure. Pardon me while I find somebody to shake violently and yell in their face about how awesome that is. I'm really digging the looks of these toys too, completely traditional looking Transformers characters with the additional armor friends. Often they'll reinvent the look of the bot for such a gimmick, which I'm not opposed too at all. Just when they look so drastically different, I'd prefer they'd be a new character. That and maybe it's a holdover from Action Masters mentally that's got me really excited for traditional looking characters with such a gimmick. 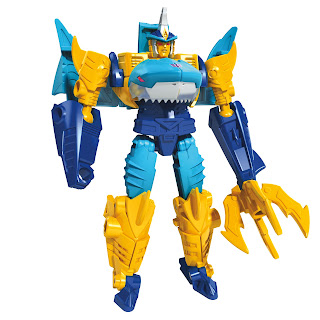 With Siege being as awesome as it is right now, the general greatness that is the Walmart reissue line, it's extra fries and ketchup with my combo meal that Cyberverse is doing such an awesome awesome. I hope the gimmick see's life the the cartoon, that'd be great. It's hard not to be excited for such a thing, I kinda hope Takara gets hold of this as I'd love to see it in their manga stories. Seems perfectly compatible with the general storytelling that takes place there.