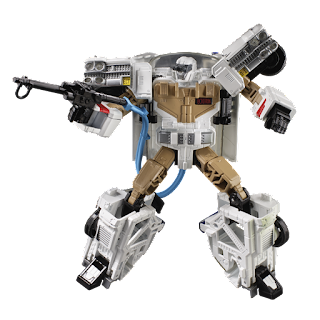 ‘More than Meets the Eye’ Collides with ‘Who You Gonna Call?’
For Transformers & Ghostbusters™ 35th Anniversaries

When fans of the iconic Ecto-1 from the 1984 Ghostbusters movie look a little closer at this nostalgic interpretation of the car, they will be treated with a new “robot in disguise” named ECTOTRON, a converting Paranormal Investigator. The figure is packed in a G1-inspired box featuring classic tech specs and comes with its own proton pack and Slimer accessory, and converts between two modes in 22 steps – a seven inch Ecto-1 vehicle and a TRANSFORMERS robot.

TRANSFORMERS robots have always been more than meets the eye, but now, through the TRANSFORMERS Collaborative, fans can experience these larger than life characters as they team-up, mash-up and meet up with other characters, teams and people. It is a world of constant change where things are not what they seem. A combined world of TRANSFORMERS and Ghostbusters where heroic Autobots, evil Decepticons and now ghosts can be discovered! 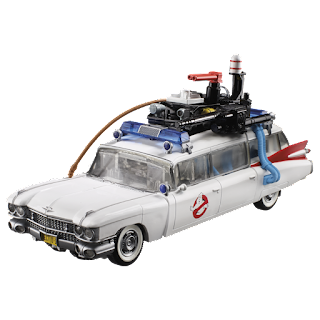 The Ghostbusters have a new, out of this world teammate and fans will be able to meet the all new TRANSFORMERS character ECTOTRON in his epic origin story by IDW Publishing. A brand new 5-part series from creative team Erik Burnham & Dan Schoening begins in June 2019.

The ECTO-1 ECTOTRON figure is available at GameStop starting Summer of 2019 and for pre-order starting February 15 at HasbroPulse.com, GameStop and EB Games Canada. And be on the lookout for other possible TRANSFORMERS and Ghostbusters items. When these two iconic franchises come together – anything is possible! 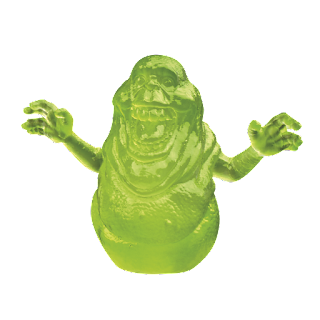 About Hasbro
Hasbro (NASDAQ: HAS) is a global play and entertainment company committed to Creating the World's Best Play Experiences. From toys and games to television, movies, digital gaming and consumer products, Hasbro offers a variety of ways for audiences to experience its iconic brands, including NERF, MY LITTLE PONY, TRANSFORMERS, PLAY-DOH, MONOPOLY, BABY ALIVE and MAGIC: THE GATHERING, as well as premier partner brands. Through its entertainment labels, Allspark Pictures and Allspark Animation, the Company is building its brands globally through great storytelling and content on all screens. Hasbro is committed to making the world a better place for children and their families through corporate social responsibility and philanthropy. Hasbro ranked No. 5 on the 2018 100 Best Corporate Citizens list by CR Magazine, and has been named one of the World’s Most Ethical Companies® by Ethisphere Institute for the past seven years. Learn more at www.hasbro.com, and follow us on Twitter (@Hasbro) and Instagram (@Hasbro).
About Sony Pictures Entertainment:
Sony Pictures Entertainment (SPE) is a subsidiary of Sony Entertainment Inc., which is a subsidiary of Tokyo-based Sony Corporation. SPE’s global operations encompass motion picture production, acquisition, and distribution; television production, acquisition, and distribution; television networks; digital content creation and distribution; operation of studio facilities; and development of new entertainment products, services and technologies. SPE’s Motion Picture Group production organizations include Columbia Pictures, Screen Gems, TriStar Pictures, Sony Pictures Animation, Stage 6 Films, AFFIRM Films, and Sony Pictures Classics. For additional information, visit http://www.sonypictures.com/corp/divisions.html.
About Ghost Corps
Ghost Corps, Inc., a subsidiary of Columbia Pictures Industries, Inc., is focused on expanding the Ghostbusters brand with live-action feature films, animated motion pictures, television, merchandise, and other new entertainment products.  Ghost Corps is headquartered on the Sony Pictures Studios lot in Culver City, Calif.

Thanks to Hasbro and Rogers & Cowan for providing Zone Base with this news
at February 15, 2019
Email ThisBlogThis!Share to TwitterShare to FacebookShare to Pinterest
Labels: awesome, ecto-1, fandom, gamestop, ghostbusters, slimer, sony, toys, Transformers, Zone Base