Internet meme all you want about Bad Dudes, but it's still a great game. There's an onslaught of ninjas as you punch and kick your way through for your reward of getting a burger with President Ronnie (or George depending on which version you're playing). I don't know why Karnov is a boss in the game, but I do appreciate his return later in the game as a green skinned zombie. Not to mention, the truck that makes up level two's battlefield is a Diaclone Optimus Prime trailer with Diaclone Ultra Magnus as the cab. That's likely a coincidence, but it's a cool one regardless. 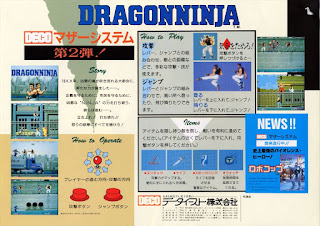