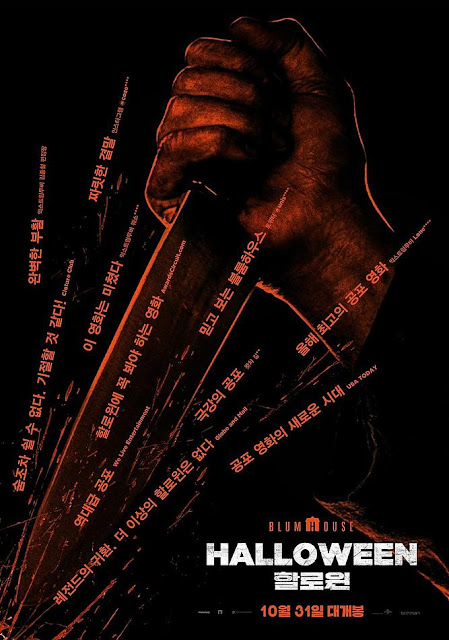 I just got home from a viewing of the newest Halloween movie and boy was that great. Set 40 years after the original Halloween and ignoring all the sequels and the remake, this takes the series in a new direction and giving us possibly the most brutal film in the series. While the movie ignores the events of the sequels and multiple timelines of the series, it doesn't completely neglect them either. There are multiple homages to the entire series in very clever ways that I super appreciated.

In college, Halloween was my defacto favorite movie. I'd watch it or it sequels seemingly non-stop. While now at 40 I no longer have a defacto favorite movie, but a group of absolute favorite movies and Halloween stands tall among them. This felt like a personal victory after the reboots tried their best to ruin the good name of Michael Myers. It's one of those things that when I saw announced that made me breathe a giant sigh of relief. While I watched it, I breathed a big sigh of happiness.

I'm very thankful for this movie and it's crew for making such a love letter to the immortal classic that feels like the only sequel the movie ever needed.