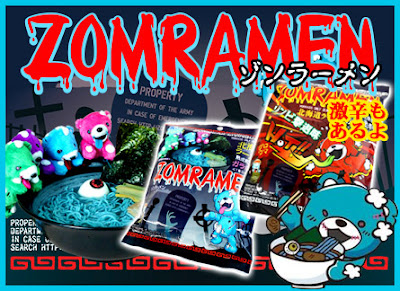 I'm a life long fan of ramen noodles, I've been eating them since I was a child and still relish in a good bowel of the salty noodles. When I was a kid, for some reason I believed they were expensive as it took a good deal of begging to get my mom to get me some at the grocery. Later when I was older I discovered just how cheap they were and went nuts buying as many as I could! I guess my mom just didn't feel like making them for me.

They're often joked about as food you eat when you're broke as a pack generally runs about 10-20 cents. To me, that's just an extra plus as I can easily put away a dozen packages in a sitting without thinking. I was often ridiculed in college as my roommate and I would come up with various dishes to make with the noodles. Being broke and under employed, you some times had to get creative to come up with different meals for not a lot of money. We'd find various web sites with recipes and come up with out own sharing them online. It was fun despite the teasing by others.

Zomramen is a newer variety of noodles hitting the scene with a bit of a gimmick, they're crazy colored and feature a zombie bear as a cute mascot! While the pictures I'm providing don't show it, included in each packet is a little card with a mini comic featuring the bear! That's super neat. I've noticed while looking around the internet for information regarding the noodles I've found various ramen plates made to have fun with the zombie theme. The company in fact encourages it!

This makes for a fun and spooky lunch that is just right for the Halloween season. I discovered the noodles from watching Japanese vending machine videos (a guilty pleasure of mine) and have been curious to try some ever since. I've seen a few options for ordering, but I'm hoping to score some at H-Mart or even the Japanese grocery store near me. Despite already being a fan of anything Halloween, despite ramen noodles being one of my favorite foods, and despite being a sucker for anything like this... I don't know where I was going with that sentence. Zomramen is super cool and I want to try it sometime. 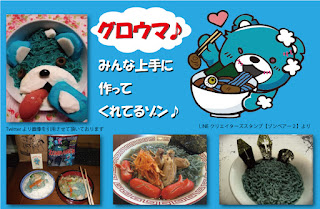