Hey now this is crazy, but Transformers Series 2 maybe? 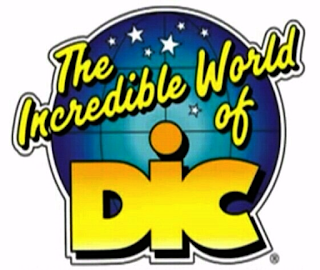 I've mentioned before how I sometimes wonder how things would have been if Takara had been more successful with Diakron. Well, that's not the only 'what if' that crosses my mind occasionally. DiC took over making GI JOE cartoons post GI JOE the movie with what's commonly referred to as GI JOE Series 2.  Sometimes I wonder, what if DiC made Transformers cartoons post 'The Rebirth'?

Think of the possibilities. Instead of Season 5 with repackaged reruns, we could have had new adventures. Pretenders, Micromasters, Actionmasters... yeah. What if instead of the repackaged reruns we got as Transformers Generation 2... we got a whole new show? All those awesome Generation 2 original molds and characters... yeah, and one could wager better toy sales. As good as Beast Wars was, this could have led to a different DiC produced beast era. Which, being a cheaper production could have featured more characters. Not to mention, I wonder if would have been received better by those who hated Beast Wars? Obviously not those who didn't like the change, but I did witness several G1 purists like BW II and BW NEO more since it was more like a traditional TF show.

Part of thinking about this possibility would include possible cast changes. I'm sure not all voice actors would have worked on the DiC produced shows. Budget reasons, voice directors, or maybe just conflicting schedules. What if we got a different sounding Optimus in 1989? Imagine the debates over who was better. Or Vince DiCola and Stan Bush are regular Transformers convention guests, what about all that funky DiC music? What if those musicians performed live? Sometimes fans complain about regular convention guests, well I'd assume this would have created a deep pool of talent to invite out. Not to mention, just about I mentioned imagining the debates. People already debate which show is better, what if there was 2 G1 shows by way of a series 2?

Sure, I can 'what if' all day and probably would if given the freedom. It's one of those things that just make me wonder why it didn't happen. Why didn't Transformers get a DiC cartoon and got repackaged reruns instead? What was the business behind those decisions? Would it have been a success or a massive failure? I don't know. Nobody does, it never happened. Sadly so, because I would have loved it.

at September 27, 2018
Email ThisBlogThis!Share to TwitterShare to FacebookShare to Pinterest
Labels: cartoons, DiC, fandom, GI JOE, m.a.s.k, series 2, sunbow, Sunrise, Transformers, what could have been, what if, Zone Base