They're coming for the belts 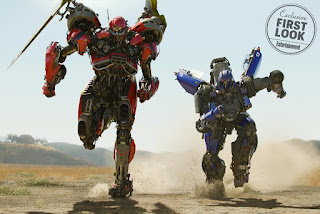 Earlier today news of the new Decepticons to be featured in the upcoming Bumblebee movie hit the internet running (like in the pic) leading to a bunch of talk about these cool looking new characters. Shatter (the red one) and Dropkick (the blue one) sound like a bad ass 80's wrestling tag team that tore up the territory in the NWA. I really dig Shatter's skull like face and hope they are as cool as characters as they are in looks. The director is promising a smaller cast to have a more character driven story, which I'm really looking forward to.