You be my homerun, I'll be your Bumblebee

June 06, 2018
So with the Bumblebee movie trailer all up in everyone's bees-nests, I feel it's time to talk about the elephant in the room. Why is there an elephant in the room? What kind of mad house do we have with wild pachyderms just in our rooms? Roaming around. Kinda silly if you ask me. Also, I thought I'd talk a bit about that trailer. 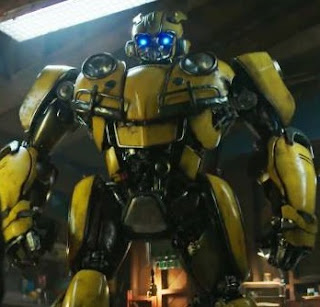 I've seen mostly praise from fans excited to see a movie that's full of wonder and magic in the trailer. That Spielberg vibe that really meshes well with meeting an alien robot from outer space that wants to be your friend. It's seemingly what most people wanted the 2007 movie to be, which in all honesty could still be more like the 2007 movie than the trailer leads us to believe, but let's put away that cynicism away and just enjoy feeling happy. I think the most I'm getting from the trailer outside of the tonal shift is the designs, they manage to merge the traditional Transformers look with the Bayverse aesthetic we've all grown accustomed to, and very successfully at that.

Common theory is that the movie will act as a soft reboot as well as a prequel, which if you think about it in the same vein as those younger cast X-Men movies (I swear I've talked about that before here), it works. It absolutely works in a way that would appeal to the casual viewer as well as the more in-tuned viewer.

I know I'm excited, it looks great. The designs look to make for some great figures and licensed merchandise has already popped up that looks super cool. Will Bumblebee bee the sting in the butt this franchise needs to recover from the box office slumps of that last knight all under performing and such? Who the hell knows. I can't tell the future, and nobody else can either. So time will tell, but for now, it's nice to bee optimistic and have that optimism well founded. 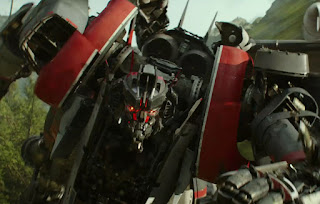