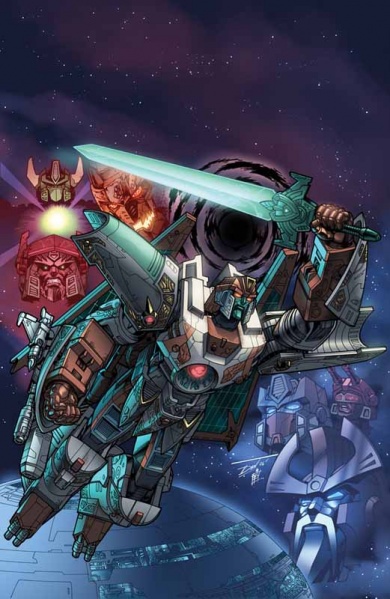 One thing that 3H used to do with their fiction, and Fun Publication did initially was base their fiction on non-show characters and generally had their adventures either off to the side of what was going on or little side stories with their exclusives just inserted into what would be a normal episode of the show. Fun Publications eventually got away from it for their own reasons, which probably was due more to the nature of the current product changing often or focus of the series being different (a Generations figure obviously wouldn't pair well with the Animated crew, for example).

Though I generally preferred the side stories better as it was a great way to give these other toys a chance to have adventures (admittedly, there's not much off screen characters anymore on shelves) and really expand on the greater setting. With Transformers seemingly settling into a more cohesive direction (mainline/movie instead of mainline for kids/mainline for adults/movie) I can hope that if there is any fiction from a future (if ever) new fan club or convention, it can be more side stories or extra adventures in the current at time setting. The upcoming Cyberverse cartoon seems perfect to have little adventures set in.