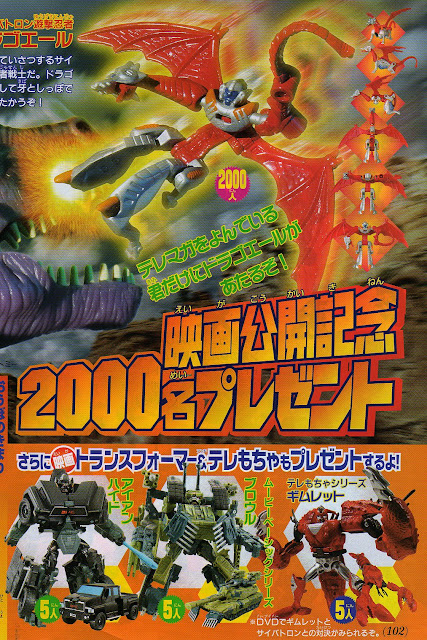 One of the coolest promotions during the Transformers live action movie toy lines was the lucky draw toy Dragoyell. Using one of the coolest Mini-Con molds at the time, Dragoyell was part of a TV Magazine promotion and was extremely limited. At the time, the Beast Wars anniversary series was still going on in Japan (it had wrapped up the year before here in the US) to much acclaim (the toys were very well painted) and Dragoyell was a new beast era character!