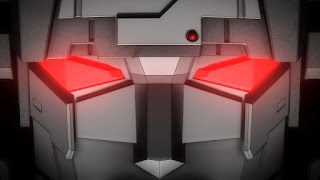 So, this morning after I got home from work, I watched the first two episodes of Transformers Titans Return on the Go90 app. I was pleasantly surprised to like it. So far it seems to be a better overall production with more solid characters and so far plot. I'm honestly curious and excited to see where this show goes.

I was never bothered by the animation in Combiner Wars, but there was a few sticky moments in the animation that's still present here. Will Wheaton is the voice of Perceptor, who I admittedly haven't ever enjoyed in anything after Stand By Me. Just his voice just doesn't fit in for me. Maybe he'd be a better fit in another character.

I've always preferred Judd Nelson as Hot Rod/Rodimus Prime and it's great to see him back in the role (his bit in Animated was a nice surprise at the time). Not to mention it's great to see Hot Rod acting like Hot Rod. I hope the show continues on the path it's on and continues to improve.

So far, it's just nice to see it as an overall improvement over Combiner Wars.

I like the idea of a cartoon exclusive to an app. It seems silly and would make more sense on YouTube, but in a world where I do literally everything with my phone, it just makes sense.
at November 14, 2017
Email ThisBlogThis!Share to TwitterShare to FacebookShare to Pinterest
Labels: Animated, Combiner Wars, Generations, Go90, Hot Rod, Power of the Primes, Prime Wars, Rodimus Prime, Titanmasters, Titans Return, Transformers, Trilogy, Zone Base