If I made official exclusives, it would be Grand 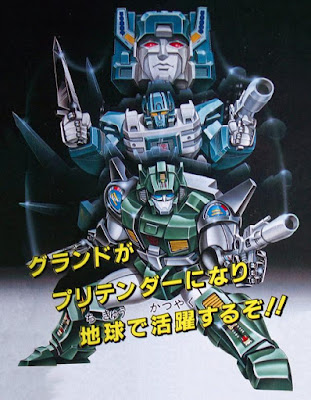 I've said here before some ideas of how I'd run an official Transformers fan club. I never will, but I've often imagined several things I would like to do. With the upcoming Primemasters figures being homages to Pretenders with their decoy shells and similar to TitanMasters with their inner robot Prime mode being basically a Titanmaster head with the face swapped out for a mystic looking plate. So in theory, a Titanmaster would fit inside a decoy shell. If I were somewhat involved in the new fanclub, I'd pitch an exclusive that would be a homage to Grand Maximus.

I'd take a decoy shell that was close enough to Gran Max's Pretender shell (as seen above in that wonderful art), deco it in the colors to really drive home that it's him. His inner robot would be a reuse of the Emissary Titanmaster from Fortress Maximus in appropriate colors. In theory it would either come in a set or by itself as some sort of membership incentive or even a low priced exclusive. Maybe include a neato comic. Now if we were talking a bigger budget exclusive, well I suppose there's the rest of that Fortress Maximus mold that could be used too.

I thought this up in 10 minutes while taking a break from my work just now. I literally do this all the time. 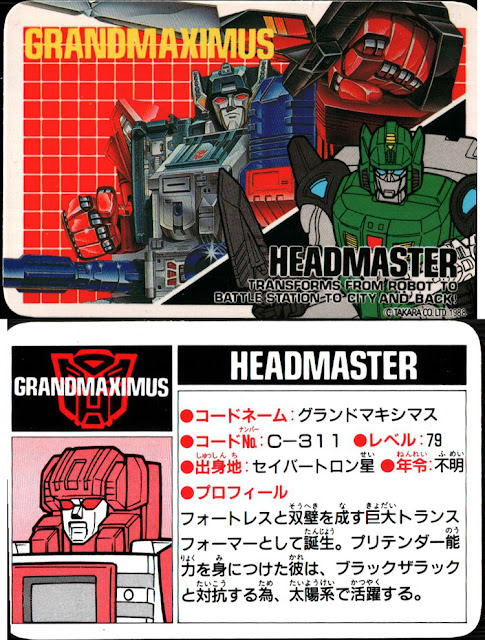