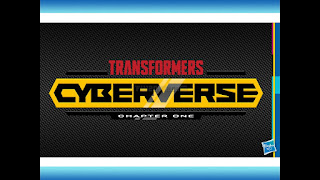 According to TFW2005 the new TF cartoon series will be arriving next year and fall under the name Cyberverse. Ironically, I once ran a TF fan blog called Cyberverse on Tumblr! I took the name from the at the time subline called Cyberverse, which was composed of legion figures and the commander class (which is what we call legends now) with vehicles and playsets. I thought the name was rad and sounded like a fanzine name. In many ways it was a precursor to Zone Base (along with a short lived site I had called Bot Files around 01-02).  Though really it was a much more simpler blog that mainly posted pictures of neat things. 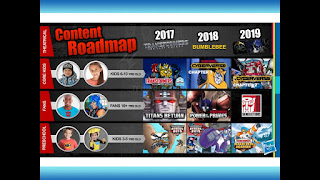 The outlook pleases me, from all impressions, the show might be somewhat G1 in nature. I've been speculating that for awhile that the follow up to RID might be G1-ish, based on the obvious push in G1 stuff towards kids recently. While I'm always open for new ideas, a return to form does look fun. The RID toys are really imaginative and the cartoon is a lot of fun. That type of approach could go well with the classics. Not to mention world build more. I really did like RID, but 3 seasons is a good run and something different on TV wouldn't be a bad thing.

It's good to see Rescue Bots continuing in some form for the little kids. It's certainly popular and I've enjoyed the occasional toy or 200.

I'm definitely happy to see the movie news at top. While I enjoyed TF5, it certainly isn't making the killing at the box office that prior movies did. I know that a big company won't kill a money machine without attempts to revive it and by all accounts the Bumblebee movie just might be the rejuvenating elixir the franchise needs after a decade. The part 6 might be shaky until we here more, but an animated film has been in the works and is still on the way. So that could really be a positive. At most, it might be the movie fans have wanted for years. Being animated and not live action, it could really just be that all robot on-screen experience that we've all wanted.