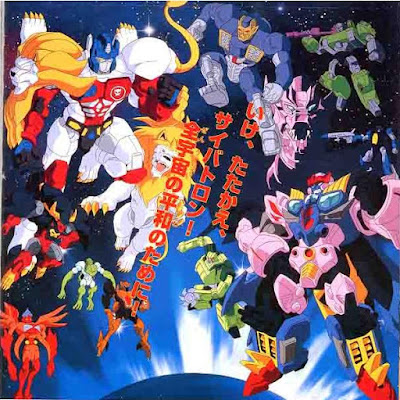 I've mentioned before that while I was in college I worked at an Office Max. Our store had a copy center in the back that I off and on again worked in. One of my guilty pleasures was printing out images I'd bring from home on a 3.5 disk and making nice big pictures to put on my wall. Sometimes laminated, sometimes just posters. I still have the one I made from this image (or one of the variations) somewhere in a box. I had it on my refrigerator until roughly 2007. I'd probably put it on ours now, but it's kinda yellowed with age and smells a bit musty.
beast era beast wars Beast Wars 2 Beast Wars II Transformers Zone Base