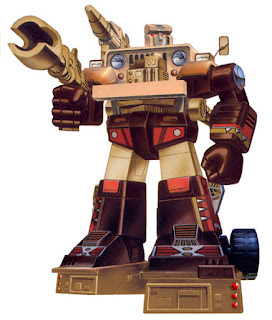 According to the cosmic battle legend, Detritus would appear from nowhere to the big battle field, and an armed camp that could enlist him as a supporter would win the battle without fail.

But the truth is, he just takes advantage of his own distinguished abilities to collect information and to analyze it, and just takes the side of the armed camp that he judged it could generate more useful junks in larger quantities.

He has an excellent fighting power and he can regenerate himself almost like immortal, mending his damaged body with detritus at hand. Actually, his present body is made out of the parts of detritus getting from the battle field of the Earth.

He is a marverick outsider who abandoned his home planet "Junkion", and he is aiming at building his own junk empire some day.
Posted by Rob at June 29, 2016 No comments:


After months of waiting, we finally have a preview of the upcoming Combiner Wars web series. The clip is done webcomic style as the actual series is promised to be fully animated. I'm personally looking forward to the show, but honestly hope it's more rock 'em sock 'em fun than brooding moody bots. Either way, it's nice to see any new TF series, so here's to hoping this one delivers!
Posted by Rob at June 28, 2016 No comments:

Constructed to serve as a transport for Megatron and his warriors, Astrotrain became discontent ferrying unappreciative Decepticons across the galaxy. In the chaos that followed the Unicron Battles, Astrotrain struck out on his own as a bounty hunter. Astrotrain convinced the Mini- Con Starcatcher to join him by promising him wealth and riches. The same promise was made to a trip of Mini-Cons who joined him later: Astro-Hook, Astro-Line, and Astro-Sinker. Astrotrain is cruel, but he is also extremely loyal to those under his command. He has an innate ability to inspire loyalty in others. His years of successful commissions have afforded him significant wealth, allowing him to upgrade his systems, greatly enhancing his strength. However, he has never given up his primary weapon, an ionic blaster that disrupts an enemy's internal circuitry.
Posted by Rob at June 22, 2016 No comments: 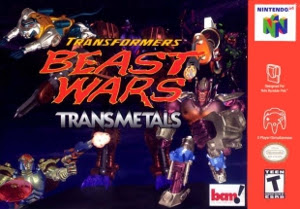 College was a simple time, sorta. Classes , job, social life, staying up all night on the internet or in front of a video game, and somehow living with just a few hours sleep here and there. It was basically childhood version 2.0 where I got to call my own shots.

When the Beast Wars Transmetals game was first released as a Blockbuster Video rental exclusive here in the states, it's no surprise how that went. I'd regularly swing by the video store, rent the game, then a quick run through the nearby Taco Bell drive through before getting home.

Several all nighters were spent with Cheetor walking in circles around opponents (it was a fighting game, a very basic fighting game meant for small children) and doing that weird kickball attack.

Before long, I found a used copy of the game for sale. It was around the time I learned that there was a secret character named Megatron X (a variation of Megatron with dragon wings) and if I beat him the right way, he'd become a playable character.

That's when the madness began. Each free night, I'd stock up on Taco Bell and Mtn Dew, then go all night. I was destined to unlock Megatron X, countless hours resulting in countless battles with him and heartburn. Frustration took hold and so did obsession.

My roommate and neighbors were going to kill me for the random screaming fits at 4am. That and the after effects of several hundred pounds of Taco Bell.

I'm just as amazed as you that I'm still alive.

But eventually, I found a used copy of the PlayStation game that was tons better. 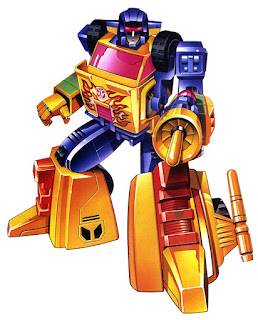 "No-one gets past me. If they know what's good for them."

A formidable defense shield. Fiercely loyal to the Autobot leader and courageous to the point of recklessness. Is proud of his position in the Autobot ranks and enjoys teamwork. As vehicle, central turbine provides super defense power. As robot a formidable turbo-shielded presence. 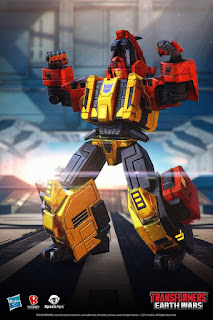 HEADSTRONG:
Smug, arrogant to the point of insufferable, nothing can dissuade Headstrong once he's decided on a course of action. His commitment to his own plan of attack is total and unwavering, and everyone else can take their opinion and stuff it. But largely his whole demeanour is designed to mask a deep streak of insecurity, as Headstrong considers himself not as strong, intelligent or fearless as the other Predacons.

Nothing can dissuade Headstrong once he's decided on a course of action. His commitment is total and unwavering. 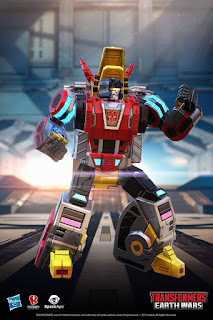 SLUG:
Considering he's one of the good 'bots, Slug is as nasty and mean-spirited as they come, and resents everyone from Optimus Prime down. The actual process it takes to build up a fiery (3,000 degrees centigrade plus) blast and reduce an enemy to molten slag is hardly energy-efficient, but he doesn't care. It's firepower well spent in his book. As he often says, "I have no need for friends, even less for enemies."

Slug is as nasty and mean-spirited as they come, and resents everyone from Optimus Prime down.

Their war, my tablet 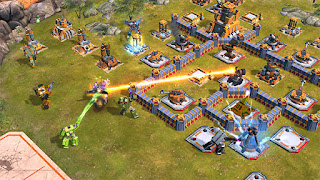 After what felt like an eternity, Transformers: Earth Wars was released for Android and iOS devices. I was pretty excited to play it and was happy to find it the best Transformers mobile game yet!

This isn't one of those carbon copy games where you build a city and defend it with gameplay that's really just a series of taps disguised as a next button with endless prompts to spend money. No, this is an extremely fun strategy game. Not only do you build a base and maintain it, but you also follow a story path leading your troops to battle.

You have the choice to play Autobots or Decepticons, as you progress, more characters join your group through means of completing campaigns or acquiring the gems that power the space bridge to randomly bring in more bots.

I've been having a hard time putting down my tablet, the game is tailor made for Transformers fans. There's a ton of characters, even some you'd not expect to find in something outside a comic. The dialog between characters is great and the story progresses naturally. Simon Furman has worked on the game and even some of his trademark phrases found their way in.

I've yet to try the PvP mode, but from going by others, it's a lot of fun. There is a nifty ongoing chat, which I've poked into a few times. It's nice to be excited for a new game, but it's better to be completely satisfied by it. I hope Earth Wars stays around for a while, because I don't plan on giving up on it. 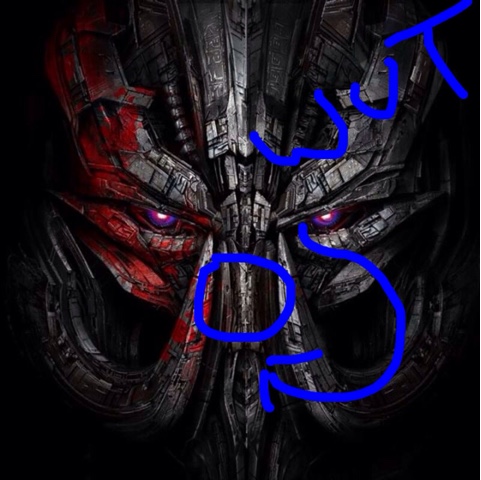 The other day, pictures of the new Megatron design from TF5 was put online. Oh sure, it's kinda neat, guess he's going by Megatron again now...
What is that?
It stands out clear to me. A tiny cross, maybe a sword on his mouth plate. I've been memorized by it. I've pointed it out to many of people who obviously think I'm crazy and maybe I am, but...
What is that?
Posted by Rob at June 02, 2016 No comments: