It's neat getting press releases from Hasbro. The newest one is related to their latest Fans First Friday with some new Studio Series figures and a new Afterlife version of Ectotron. Since Studio Series is seemingly shifting focus to the 1986 movie, it's nice to see attention to the live action movies is still part of the line. Those movies are Transformers for a generation and they deserve nice things too. I like them also. I was surprised to see Ectotron make a return, but happy for it. I already have one... but may be (very) tempted to pick up another tied into the new movie. 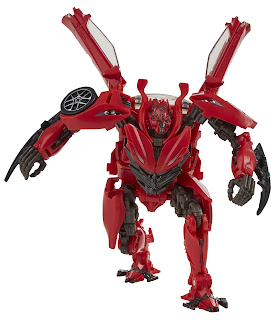 Dino was a new Autobot debuting in Dark of the Moon (one of my favorites of the live action movies). He had a super cool design, but due to licensing issues, didn't get a proper toy. Instead we got a legend/legion class Revenge of the Fallen Sideways recolor named Mirage intended to represent him.

I always thought he had a cool design and dug his accent. I'm sure he's going to be a popular toy, especially for live action fans wanting to build a perfect version of the cast. 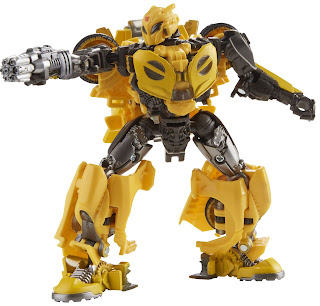 This one is pretty exciting for me. As readers know, I was a big fan of the Bumblebee movie. While I didn't get every single toy, I sure have gotten a lot. I really liked Bumblebee's Cybertronian design and will jump all over a toy of it.

I know it's a recolor of the already existing Cliffjumper toy with some new parts, but that's not taking away from my excitement. I'm definitely getting that one. It just looks cool! 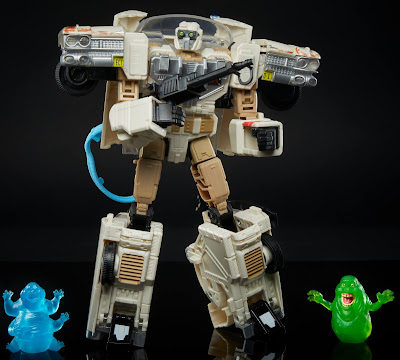 To coincide with Ghostbusters Afterlife, Hasbro is releasing a new version of Ectotron. Now with rusty paint to represent the Ecto-1 in the new movie as it's been sitting in a barn for decades. A nice extra touch is his new headsculpt, which looks pretty good.  Included with the toy is a comic, Slimer (who came with the original toy), and Muncher.

Muncher is a new ghost in Afterlife who you can see in the trailer. He's that blue guy the kids are chasing in the Ecto-1 through town. Just like the upcoming new Frights Features Ghostbuster figures, I particularly enjoy how Ectotron comes with ghosts to bust. It's a nice throwback to The Real Ghostbusters while also just being fun.

As always, thanks to Rogers & Cowan for sending these press releases so Zone Base readers can enjoy the news.