Fisto Will Knock Your Teeth Down Your Fucking Throat 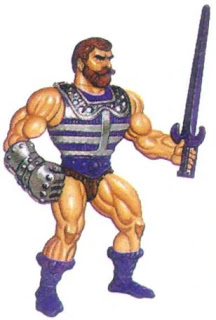 Eternia is a weird place. You've got nightmarish evil freak shows all over the place being defended by muscle bound weirdos. One of the Heroic Warriors has a very special power, he will punch the dog piss out of your ass. Fisto (don't be weird) is a rough and tumble outdoors guy who has a GIANT FUCKING FIST FOR PUNCHING.

In the original cartoon he was originally a member of the Evil Warriors who changed his ways and joined the Heroic Warriors. In the mini comics he was a dude with a big ass fist and was matched up against Jitsu. During the 2002 cartoon he was Man-At-Arms brother. That family has no patience for feet. None.

Everyone loves Ron Swanson, so imagining Ron Swanson as a knight with a GIANT FUCKING FIST FOR PUNCHING THE SHIT OUT OF YOU is even harder not to like. He has a giant purple sword just to piss you off. 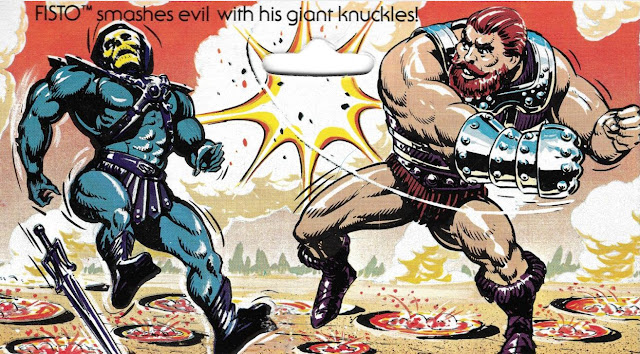