This past weekend when I was at Kroger looking through the blind bag toys, I saw Beyblade packs and was admittedly tempted to grab a few. It's not the first time either, I've often thought they looked neat. My main draw to them though if thanks to Spinjas, a very long forgotten and short lived toy line/game from Parker Brothers. From what I've gathered the line has had a few reboots both officially and non officially throughout the years in various countries. Which isn't surprising. What's not to love about making little figures duke it out? Instead of wwwaaaaayyyyy too many rules and instructions that just don't make any sense (looking at you every other miniature game ever made). Just pop the toys in a little gizmo and let them fight as tops, who gets knocked out of the ring looses. 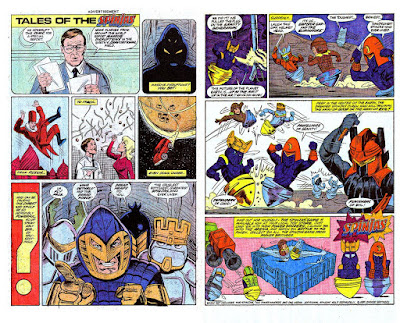