Ninjor likes to kick it


I'll never be a ninja. Mainly because I'm 41. Sure I've still got a lot of life to go... but there's a window for learning somethings and I'm pretty sure the life of a middle aged cnc programmer doesn't line up to that skill set. Ninjor is a ninja though. An evil ninja, who has all the cool weapons from that glass case at the gas station. The one by the cash register that has knives, dragon ash trays, and that one stuffed tie dye bear they all seem to have.

Ninjor is 100% the awesome ninja that has graced your favorite t-shirt and is probably exactly what you want to be for Halloween. The perfect evil doer to join the ranks of Skeletor in his quest to master the universe. Man... thanks to release timing, they liked to pair him off against Clamp Champ. Clamp Champ is a fine heroic warrior who worked with He-Man quite a bit in the mini-comics and magazine. Though... his special ability was a clamp (it's in his name). Pretty sure he's loosing in a fight against a ninja. 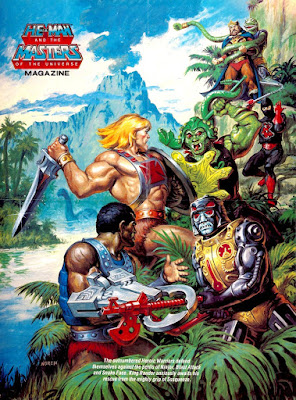