Before when I've posted this commercial, I wondered why they kept calling the monster Igor. The other day it occurred to me, and man I'm about to go out on a reach. In Ghost of Frankenstein, a plot point is that the Monster needs a new brain and is given Igor's. This creates a sort of hybrid version of the Monster that talks with Igor's voice, but is blind.


The following movie, 'Frankenstein meets The Wolfman', originally followed this idea. However, the scenes with the Monster talking with Igor's voice were cut from the finished movie and they dropped all references to the Monster being blind. The imitation of the Monster walking with his hands stretched out in front of him comes from the 'blind' version of the Monster. So a plot point in the Universal Monsters series as well as a character development of one of the central monsters was basically ignored after it was introduced.

Back to that Shasta commercial... man that's one classic looking Frankenstein set huh? At this point, the Hammer version was more recent ... and was it different.


What I'm getting at is I think the Shasta commercial is a fan film of sorts. You've got one Universal Monsters looking production and they're outright calling him Igor because a fan would be that ridiculous. Look, sometimes fans feel like they have to set things right. Be it a convention comic blurb of text... or a Shasta commercial. The truth will set Igor free. 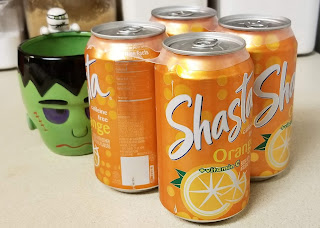