Godzilla Stomps into San Diego Comic-Con for the First Time! 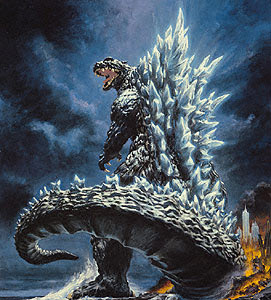 Who: Godzilla, King of the Monsters
What: Parent company TOHO will have the first dedicated Godzilla booth at SDCC with many exciting activities including:

About Toho
Toho Company, Limited, is a Japanese entertainment studio focused on the development, production, exhibition, and distribution of powerful content for motion pictures, television and theater. Founded in 1932, it remains a prominent force in bringing brands and original storytelling with versatile talents to audiences worldwide. Its subsidiaries include Toho Cinemas, the highest grossing exhibition company in Japan.