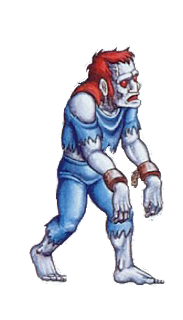 It's Memorial Day, casually referred to as the unofficial start of summer, but it's been 90 degrees since the beginning of the month already here... so just the start of summer as far as I'm concerned. I've mentioned before that I consider summer to be the prelude to Halloween. Sure, it's all hot and sunny outside while eating some hot dogs cooked on a grill while watching fireworks. Not exactly fall, but where do a million horror movies take place at? Summer camps mofo. How many slasher marathons on cable have you sat through during the summer? Like a million mofo. What's with the last month of summer and suddenly pumpkins are showing up? Halloween mofo.

Like I said, summer is the prelude to Halloween.

Right now I'm likely kicked up in my recliner, alternating between Castlevania Collection and napping. I'm fully taking advantage of the holiday weekend to get some much needed rest, so much that I wrote this post a week in advance (hello from the past!). But like I said, summer is the prelude to Halloween mofo and something Halloween has been on my mind recently is the Dollar General Halloween army for this year. Mofo.

The Dollar General Halloween Army isn't the official name for the series of spooky figures. It doesn't have one, but it's my best way to reference them. Beginning in 2017, DG released the Skeleton Army as part of their Halloween offerings. Ten skeleton warriors for a dollar, what could be better? Last year in 2018, they followed that up with the Mummy Army with the Skeleton Army returning as well. This year I can only hope they keep the tradition going. It's something I've grown to love over the past few years.

I've been speculating what the 2019 set could be. Hoping the excellence continues and hoping for something really great. I've went back and forth on what kind of monsters I'd like to see as an army. I'm strongly resting on 3 ideas. Vampires, werewolves, and Frankenstein Monsters. An army of those monsters carrying swords and axe's seems amazing. Part of me wonders about witches and warlocks, or even a generic fantasy set. But Vampires are the one I'd want to see most. Full cliche Dracula style vampires in capes and suits brandishing mid-evil weapons would be amazing.