What did I do over Labor Day Weekend? 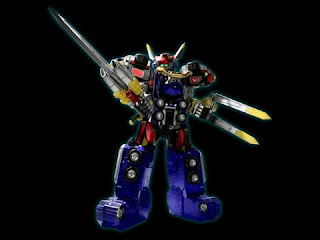 Honestly, not a whole lot. I played Switch, watched TV and just relaxed. It's been something I've been needing to do as I haven't taken much time off this year, so some down time was certainly in need. Of note, news today came out that Beast Morphers will start airing in February! I was figuring March/April, so this is most welcome news! Also of note, Friday news came out that Bandai released an Evil Red Ranger figure to coincide with the 25th Anniversary Power Rangers episode last week. I've been on the lookout since, so hoping I find one soon. I guess for a what the heck I did this weekend post, this one was lame. But, I honestly didn't do much at all. So, bear with me as I get Zone Base back up to speed after a few days off.
at September 04, 2018
Email ThisBlogThis!Share to TwitterShare to FacebookShare to Pinterest
Labels: 25th anniversary, Bandai, Beast Morphers, Hasbro, Mighty Morphin Power Rangers, Ninja Steel, nintendo, Power Rangers, Super Ninja Steel, switch, Video Games, what the heck I did this weekend, Zone Base